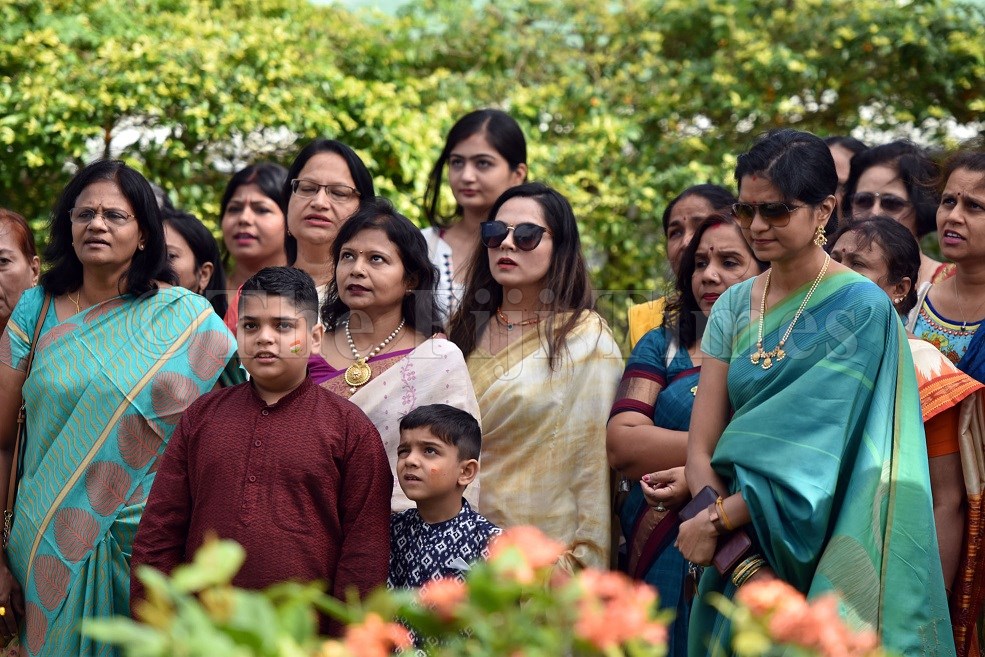 The young and old were present at a flag hoisting ceremony to commemorate India’s 76th Independence Day in Suva yesterday. Picture: RAMA

India’s Independence Day is a cause for celebration for every advocate of democracy around the world, says President of India Droupadi Murmu.

She said this in her address which was presented at the flag hoisting ceremony at the India House in Suva yesterday.

She acknowledged all the men and women who made sacrifices to free the country.

“When India won independence, there were many international leaders and experts who were sceptical about the success of democratic form of government of India,” she said.

“They had their reasons to be doubtful.”

She said in those days, democracy was limited to economically advanced nations.

“India, after so many years of exploitation at the hands of foreign rulers, was marked by poverty and illiteracy, but we, Indians, proved the skeptics wrong.

“Democracy not only grew roots in this soil, it was enriched too.”

She said the world had witnessed a new India rising in recent years, especially after the outbreak of COVID-19. “Our response to the pandemic has been appreciated everywhere.

“In combating the pandemic, our achievement has been better than those of many developed countries. “For this feat, we are grateful to our scientists, doctors, nurses, paramedics and the staff associated with vaccination.”