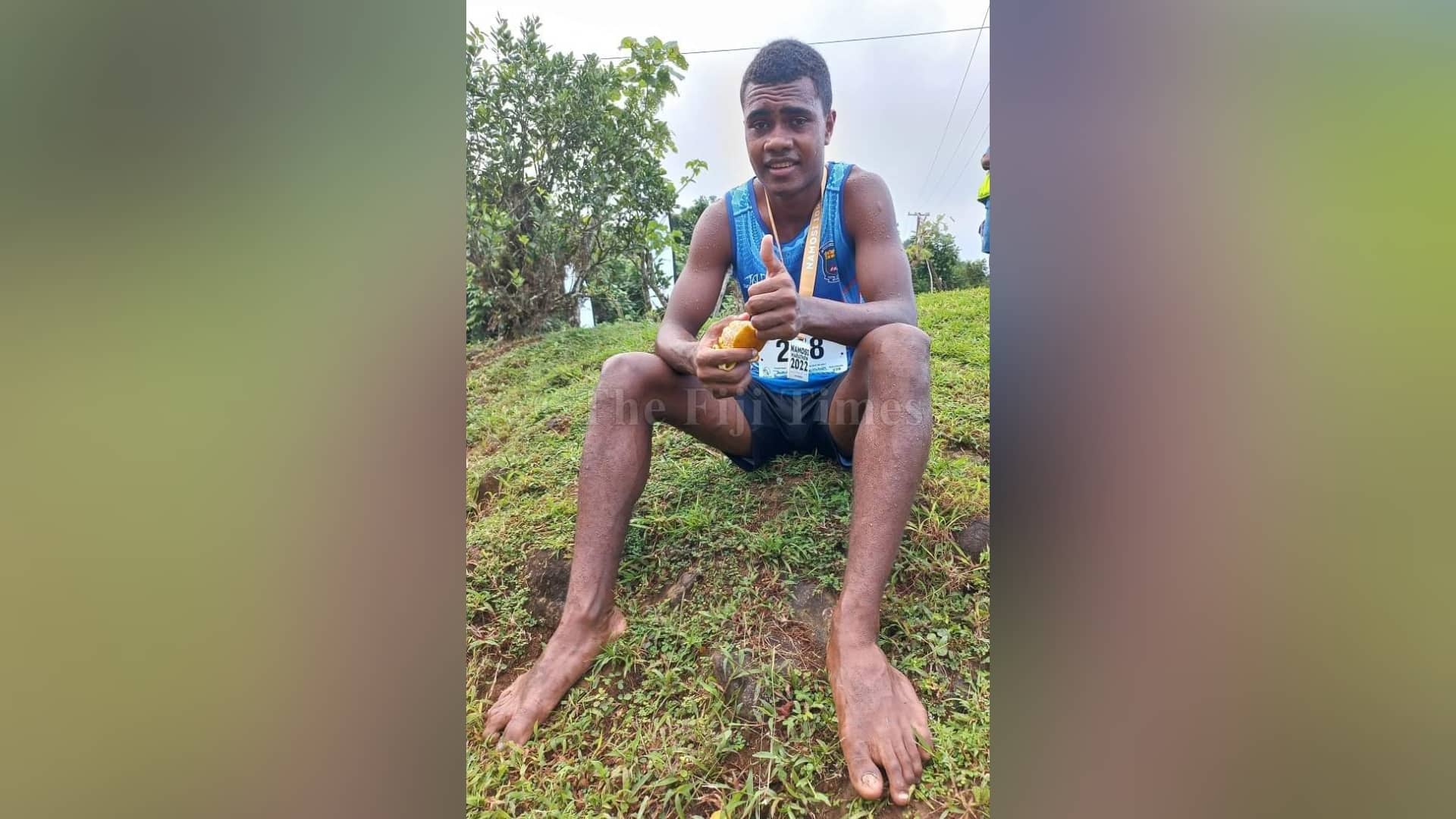 Christopher Iowane stormed down the last 50 metres at a frantic pace to win the 10 kilometres race in the Namosi Marathon yesterday.

It was when he crossed the finish line that spectators realised he was not wearing any running shoes. It came as a shock to many as the tracks and route at the Namosi Marathon mostly consist of gravel and especially sharp stones.

The Year 13 Namosi Secondary School student said he had joggers, but running without shoes has become his habit.

“I have shoes, but I have always run without shoes,” he said after the race.

“I prefer it that way. I don’t feel the sharp stones because they do not affect me.”

Iowane is expected to be part of the coming Coca-Cola Games’ 3000m event in August after winning gold in the same event during the Suva One Coca-Cola Games early last month.

“This will be my first Coca-Cola Games and I am looking forward to it.

I am confident that I will do well and hope I can win a medal for my school.”

He aims to attend a school overseas next year. Iowane also plays rugby league for the Namosi Warriors side.