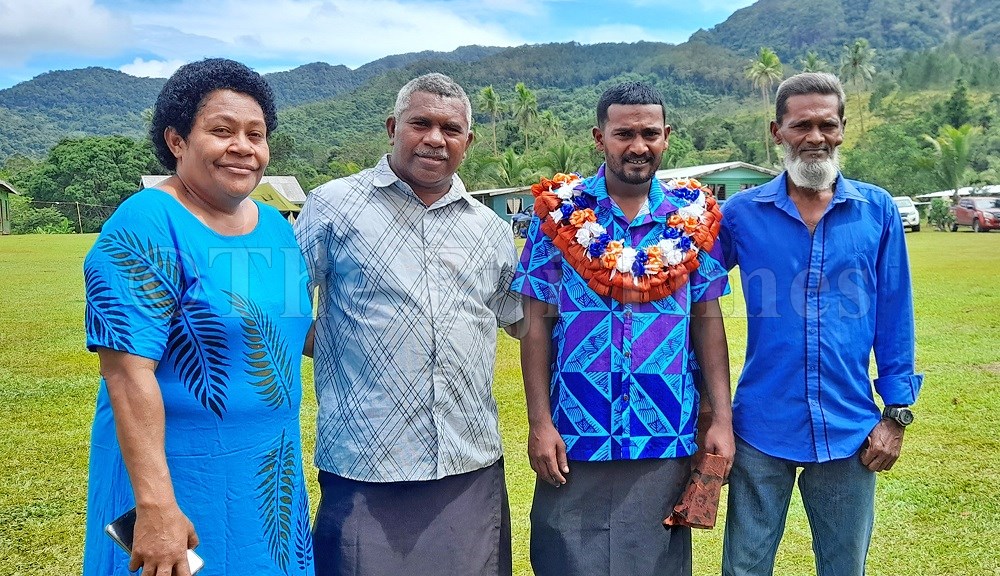 Sofia Maleti hugged her son and cried tears of joy knowing that she has overcome the heart-wrenching stages of life she faced over the past 27 years because of an unacceptable behaviour she encountered at the Labasa Hospital.

Sofia is the mother of Filimone Masarau, who was born to a Muslim mother, Farina Bi, on August 1, 1994.

Her eldest and biological son, Asif Khan, was mistakenly given to Farina while the two women were admitted at the hospital.

Mr Masarau and Mr Khan, who now consider themselves brothers, were switched at birth.

On Friday, Mr Masarau, commonly known as Mone tied the knot with his girlfriend Mereadani witnessed by his biological dad, Nasir Khan, who travelled from Taveuni to be part of the celebration.

For the two families, God has been faithful. The challenges and trials they faced in life in having to deal with the reality, as truth unfolded before them was never an easy journey.

In fact, Ms Maleti, whose husband is Tevita Salalivaliva, has described their journey as heartbreaking but her faith in God has seen them through the years. Having seen her son start a new chapter in life as a married man is like completing and winning a tough yet rewarding battle.

“I thank God for his faithfulness knowing what we went through as a family since the episode at the Labasa Hospital,” she said.

“We went through a lot especially Mone, but we never gave up and kept believing in God knowing that one day, all these challenges will end.

“For us, it has ended. Our son Mone will now begin his new journey and start his own family and if he could get through the past 27 years, he can go further.”

The soft-spoken woman of Koromakawa Village who lives with her family in Matalolo Village, Cakaudrove recalled a promise Mr Masarau made to her when he was still in primary school.

He promised his mum that he’d work hard in school and buy a truck for them.

That promise has now come to fruition. The slim built young man now owns a twin cab, a tractor and a yaqona farm which he started after returning home four years ago.

For Mone, reaching this stage of life has been a miracle.

“My mum and dad here in Matalolo have been my pillar of strength and I thank God for whatever transpired from the day of my birth,” he said.

“I am grateful that my parents allowed us to get to know my biological family and parents in Taveuni and that shows God placed me in a loving family.”

Mr Khan was happy for his biological son. Initial events IN 1995, a year after the incident at the Labasa Hospital, Ms Maleti attended a mass in Seaqaqa area and a parishioner told her about a boy who lived with a Muslim family in the area who looked more like an iTaukei boy.

Determined to find this boy, Ms Maleti went to the family’s house and she saw Ms Bi carrying Afiz.

A first glance at Afiz and she was convinced that this little boy was her son.

She approached Ms Bi and shared her story. The duo shared the difficulties they faced over the years in having to answer all queries and questions raised by family members.

They also decided to meet later and swap the boys back to their original families. But this wasn’t easy for both families.

For Ms Maleti, Mone has become her own son and this was evident after the wedding. All those years of stares, criticisms and pointing fingers will now be a thing of the past for the two families.