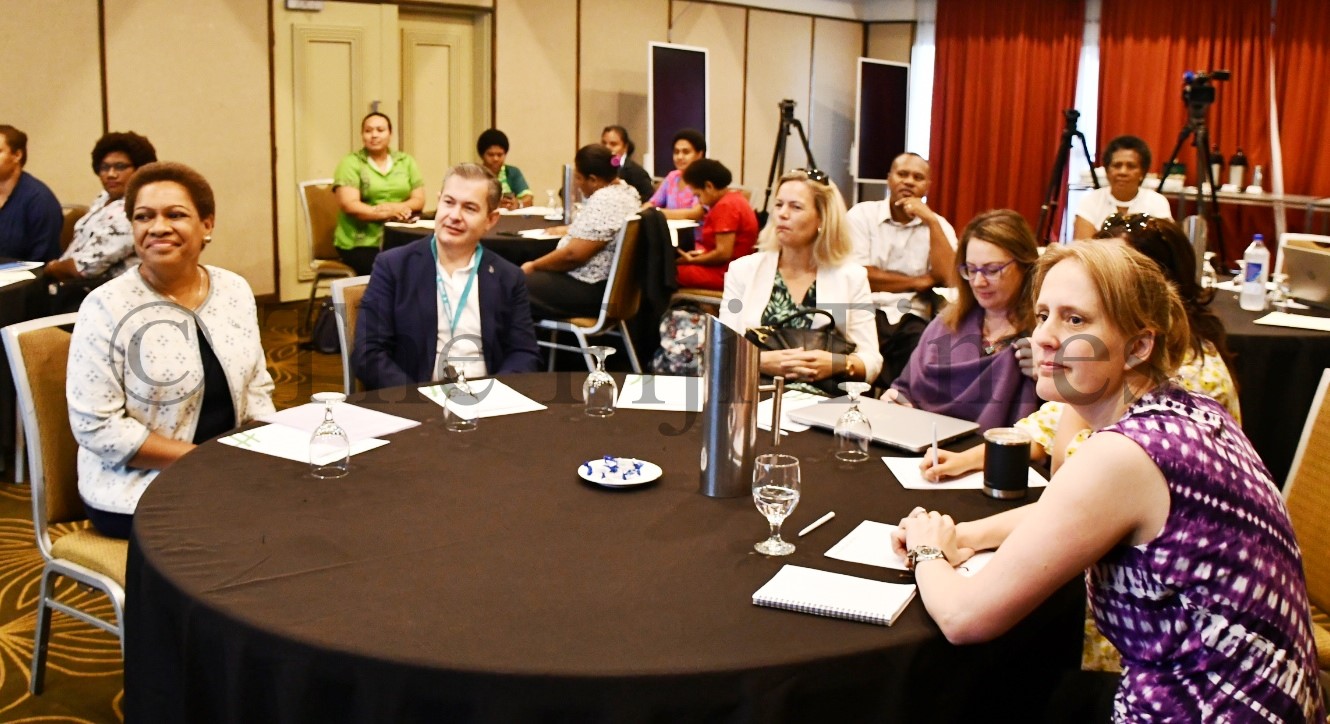 Women, Children and Poverty Alleviation Minister Mereseini Vuniwaqa at the Multilateral Negotiation Workshop for the Department of Women Senior Officers in Suva this morning. Picture SUPPLIED

She acknowledged the Department of Women for organising the forum.

Mrs Vuniwaqa said stakeholders on women’s issues were preparing for the 64th Commission on the Status of Women in March – which would explore a very important agenda – the +25 Review of the Beijing Platform for Action which Fiji became a signatory to in 1995.

The two-day meeting of women managers held at the Holiday Inn ends tomorrow.