MSAF: No case of passenger overloading 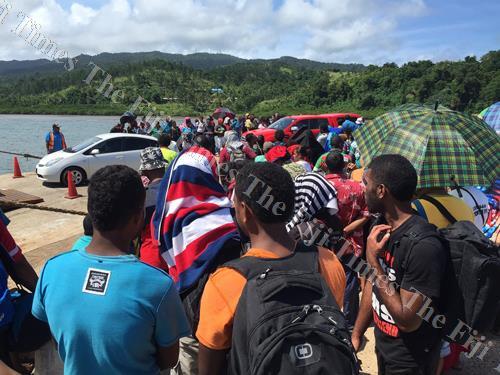 THE Maritime Safety Authority of Fiji (MSAF) has clarified that there were no cases of passengers being overloaded on any inter-island vessels during the festive season.

However, posts on social media have criticised shipping operators for overloading passengers who have had to be off-loaded before the long trips to Vanua Levu or outer islands.

But Mr Hill said MSAF was only doing its job and monitored all loading issues.

“MSAF enforcement officers monitor all loading and there were no overloading incident,” Mr Hill said.

“This is because enforcement officers are strictly carrying out their functions of ensuring only the allowed number of passengers were loaded.

“There may have been overloading incidents in the past years but not in 2018.”

Mr Hill said this was part of the many ways MSAF had enforced regulatory measures to maintain safety of the maritime travelling public. “Safety of all lives at sea is our priority including ships carrying passengers,” he said.

“MSAF have taken a more organised loading process in co-ordination with Fiji Ports, ship operators and Fiji police to ensure smooth headcount is carried out for all passengers.

“At Suva no farewells were allowed on to the wharf.

“Only those with travelling tickets were allowed on to the wharf during boarding,” Mr Hill said.

On penalties involved for ship operators, Mr Hill said it would depend on the gravity of the breach.

“There are disciplinary measures including legal procedures that can be taken depending on the gravity of the breach in the maritime legislation,” he said.

“Note that monetary and jail terms are included in the maritime legislation. It is part of Fiji’s national law.”