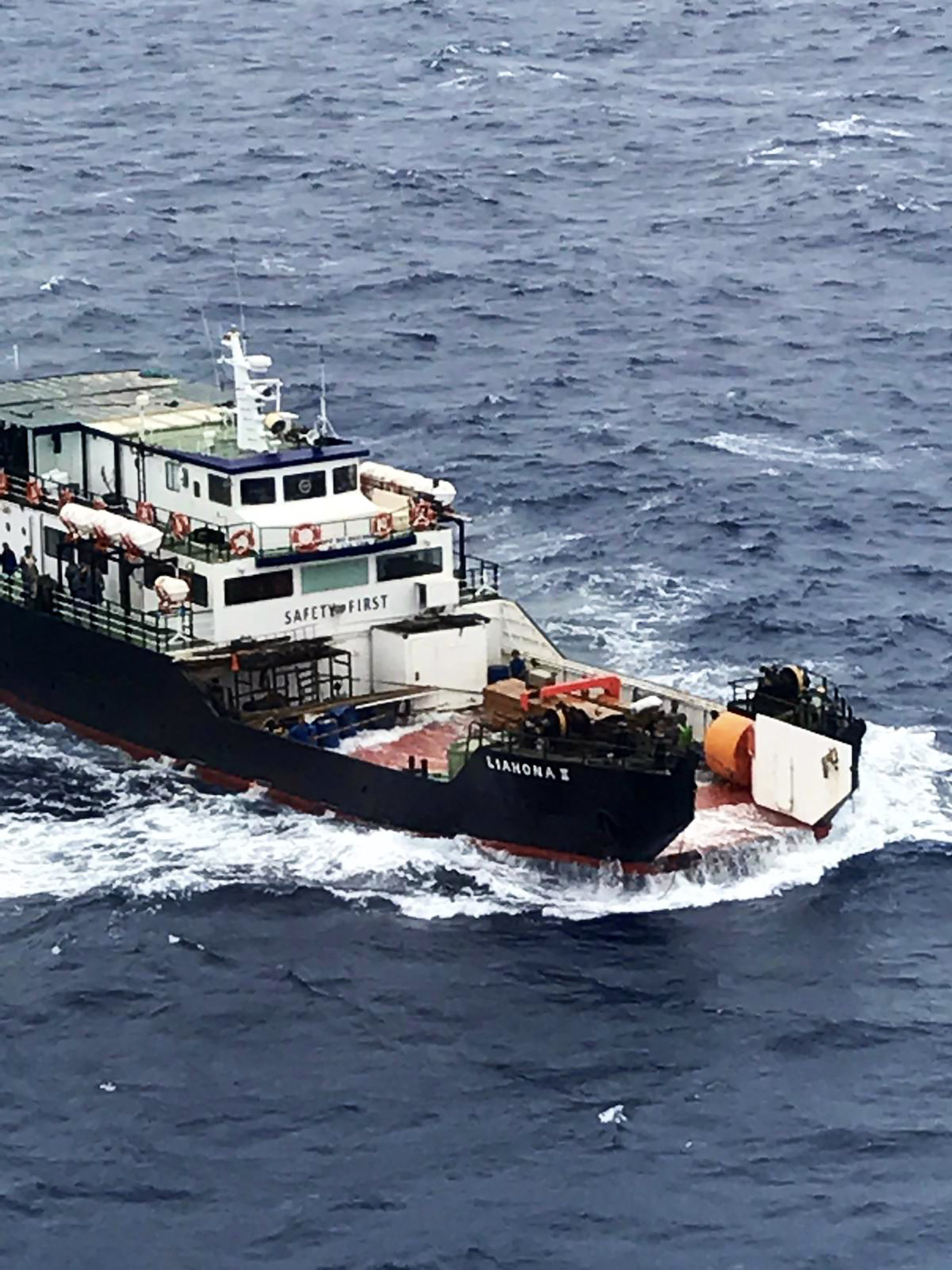 The MV Liahona II with its ramp missing while steaming towards Kavala in Kadavu waters. Picture: SUPPLIED/FMSRCC

THE MV Liahona II has been detained and stopped from operating by the Maritime Safety Authority of Fiji (MSAF).

This was revealed by MSAF’s acting CEO Captain Philip Hill while making submissions on the petition for Government to provide reliable, safe and affordable shipping services for the Lau Group to the Parliamentary Standing Committee on Natural Resources in Suva yesterday.

The inter-island vessel left for Kadavu from Port of Mua-i-Walu early on April 18 and started facing problems when its ramp broke two hours after departure.

Capt Hill said the vessel was detained because of the loss of its ramp.

“It is undergoing repairs and once completed, a special survey will be conducted to determine the structural safety requirements of the ramp,” Capt Hill said.

He also revealed that another vessel, MV Brianna, which had encountered main engine failure about 18 nautical miles East- Southeast of Nairai Reef on May 11 was also undergoing repairs in Suva.

“Once these engine repairs are completed, the authority will be notified and then we will conduct another special engine survey out of the harbour.”

He added there were five franchise ships in total but only one was operating in the franchise routes.

He said MV Liahona I, MV Uluinabukelevu and MV Princess Civa were still being subjected to surveys.

He said the MV Brianna was also undergoing maintenance, while the MV Lomaiviti Princess II was the only one in operation.