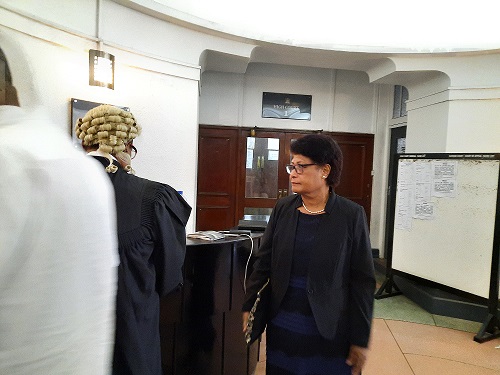 Opposition MP Salote Radrodro’s trial will go on a break until August 1 (2022).

The matter continued last Thursday after it was adjourned on Wednesday, with five Fiji Independent Commission Against Corruption (FICAC) witnesses taking the stand in the Anti-Corruption Division of the High Court in Suva.

Ms Radrodro has been charged with one count each of giving false information to a public servant and obtaining a financial advantage.

She is alleged to have falsely stated that her permanent place of residence was Namulomulo Village in Nabouwalu, Bua, and breached the Parliamentary Remuneration Act 2014 by claiming travel and accommodation allowances she was not entitled to, obtaining $37,921.13 between June 2019 and April 2020.

LTA complaints officer Margaret Raleqe said Ms Radrodro’s residential details in the LTA database were her Tacirua Heights address and that her drivers’ licence was updated in 2018 and valid until 2024.

When questioned by defence lawyer Simione Valenitabua on whether the software used by the FRCS allowed taxpayers to hold multiple addresses, Ms Devi said the software had a field known as the location address.

She said people could have multiple properties, but the FRCS software only allowed for only one location address where the taxpayer could be visited at home.

PFL acting IT manager Ajay Narayan said a postal box was registered to Kitione Radrodro and the associated residential address was at Tacirua but PFL customers could hold a postal box at any location.

EFL credit controller Sharon Ali said a domestic account was registered with EFL under Kitione Radrodro and the associated residential address and meter box location was at the Tacirua Heights address.

Ms Ali was shown bills for Ms Radrodro’s account and told the court that electricity was used at the property between June 2019 and April 2020.

During cross-examination, Mr Valenitabua asked Ms Ali if it was known whether the property was rented out during the period in question or who was using electricity at the property and she said “no”.