Motion for an inquiry into health and medical care delivery 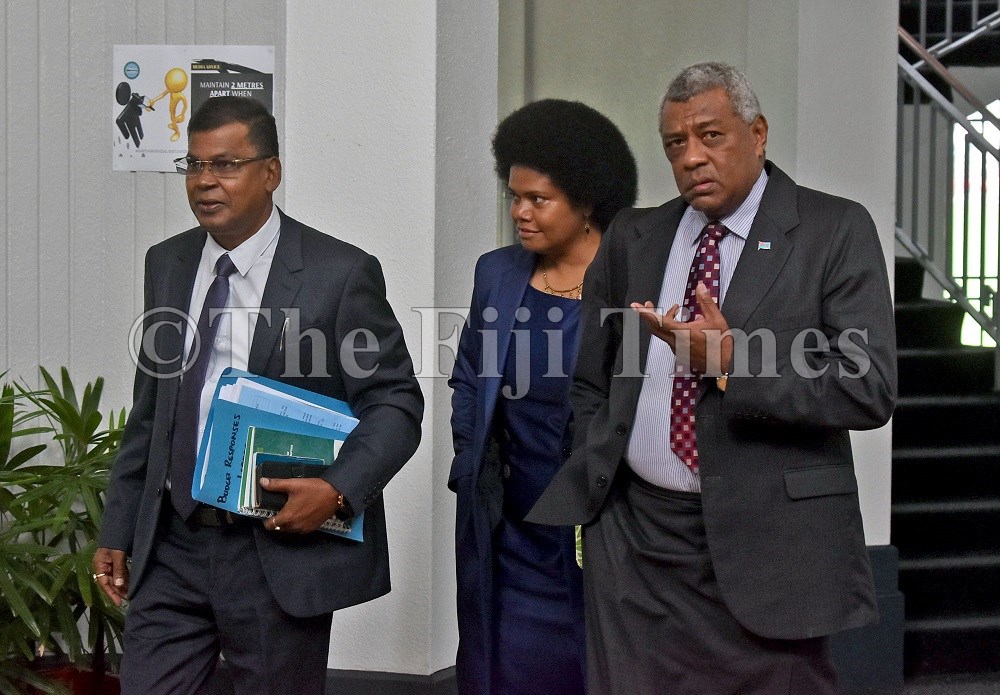 Opposition members of Parliament, Professor Biman Prasad, Lenora Qereqeretabua and Pio Tikoduadua make their way before the start of the Parliament sitting on Monday, May 25, 2020. Picture: JONACANI LALAKOBAU

NATIONAL Federation Party leader Professor Biman Prasad has moved a motion in Parliament for an inquiry into health and medical care delivery in public hospitals and health centres.

In moving the motion this afternoon, he suggested the committee be made up of Dr Salik Govind, Alexander O’Connor, Jale Sigarara and Lenora Qereqeretabua.

Professor Prasad said the poor state of medical facilities in the country combined with lack of basic medicines and peripherals was a cause for concern, along with the poor state of equipment and frequent machinery breakdown.

Parliament has taken an afternoon tea break and will return to debate the motion.