Mother taken in for questioning 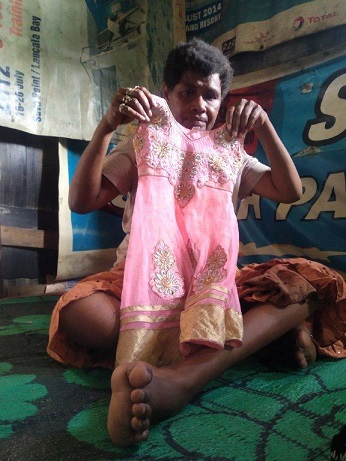 Arieta Ronaqato, 52 holds a dress of her missing grand-daughter, Talei Raikadroka inside her home in Kalekana Settlement outside Lami . Picture: ARIETA VAKASUKAWAQA

THE mother of the three-year-old girl, who allegedly disappeared from her home in Kalekana settlement, outside Lami last weekend, was taken in for questioning by police on Friday.

A team from this newspaper was at the settlement, where close family confirmed that she was being questioned at the Lami Police Station.

“That’s the normal process of investigation, interviewing all family,” she said.

“The search efforts continues, parallel to the investigation.”