Mother Serena shows her compassionate side 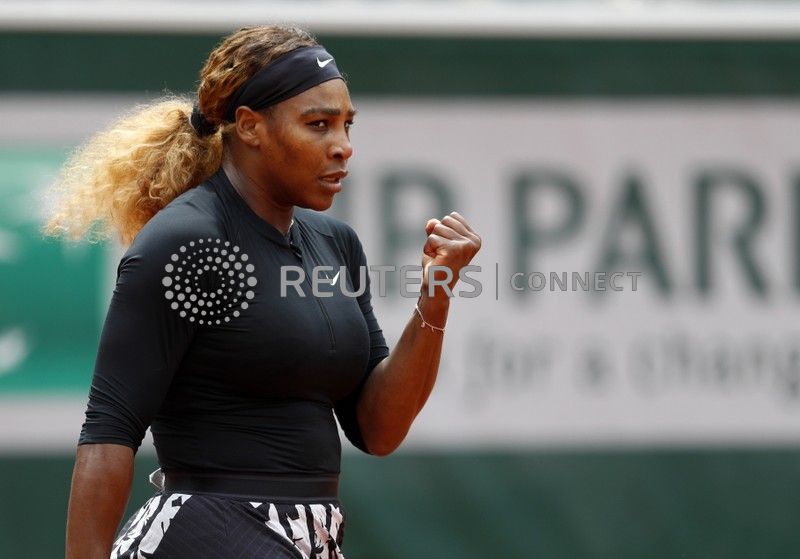 PARIS (Reuters) – The tennis world is more used to seeing the ruthless side of 23-time Grand Slam champion Serena Williams, but since becoming a mother the American’s maternal instinct is spilling over into her professional life.

The 37-year-old chose to engage her compassionate side in the dressing room of the Miami Open in March when she came across teenager and compatriot Amanda Anisimova who was distraught after having lost to Anett Kontaveit.

After her second round win over Kurumi Nara in the French Open on Thursday, Williams was asked by reporters if becoming a mother had made her approach younger players on the Tour in a different way.

“Yeah, I feel like… I always wanted to do that,” she said. “It’s just always been in me. But I didn’t know if it was the right thing to do. I do it to my friends all the time.”

“I really take to all the young girls out there that are doing well. I was heartbroken when she walked into that locker room, and I wanted to be there for her, because I have been there,” added Williams, who gave birth to daughter Olympia in September 2017.

“And it’s an interesting position, because no one ever says anything, even though I feel like a lot of people want to.

“I just decided, I’m not going to do that anymore. I’ve always wanted to. I’m just going to go for it now and do what my emotions want me to do and not do the ‘professional thing’, because maybe that’s not professional.”

It was a surprising move by Williams, who is often seen as a single-minded athletic machine.

But she chose to go out of her way for Anisimova who was extremely grateful for the support from her compatriot.

“When I had a tough loss at the Miami Open, it was a really long match and I was super upset in the locker room, Serena actually came up to me and we shared a little bit of a chat,” Anisimova recalled after beating France’s Harmony Tan 6-3 6-1 in the second round at Roland Garros.

“That was really nice of her, and I’ll remember it forever.”