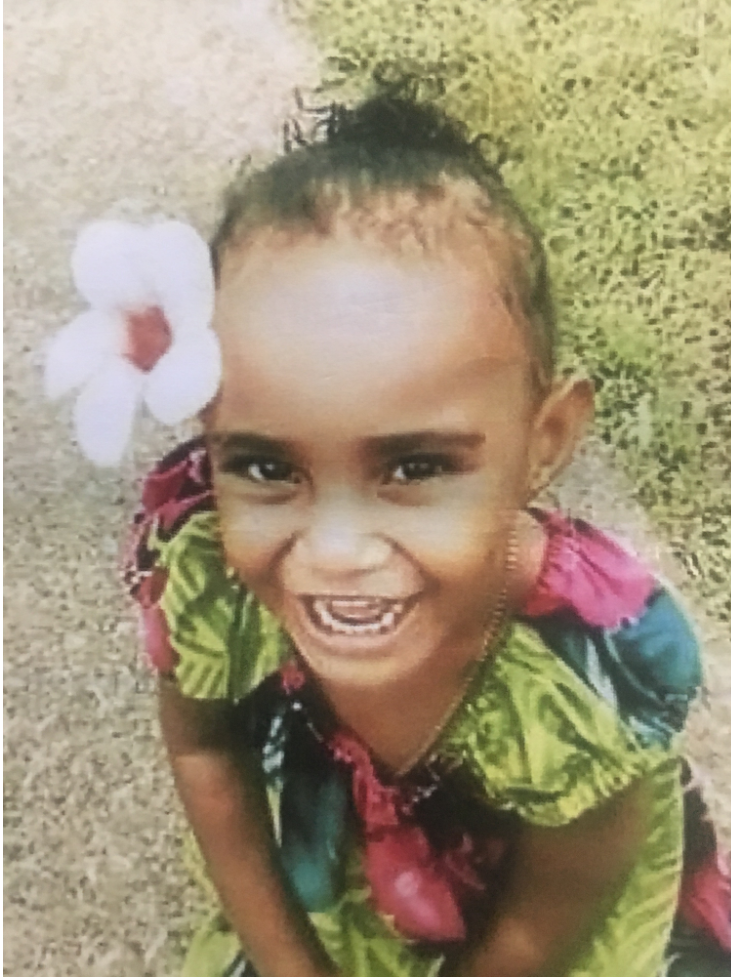 POLICE are after information on the whereabouts of four-year-old Virisila Morris.

Virisila was reported missing by her mother and is believed to be with a relative.

Police spokeswoman Ana Naisoro said Virisila was last seen leaving their home in Tamavua-i-cake with her grandmother on Monday morning without her parent’s knowledge and consent.

When she failed to return home and after several attempts at contacting relatives, a report was lodged at the Valelevu Police Station yesterday.

Anyone with information is requested to call Crime Stoppers on 919.