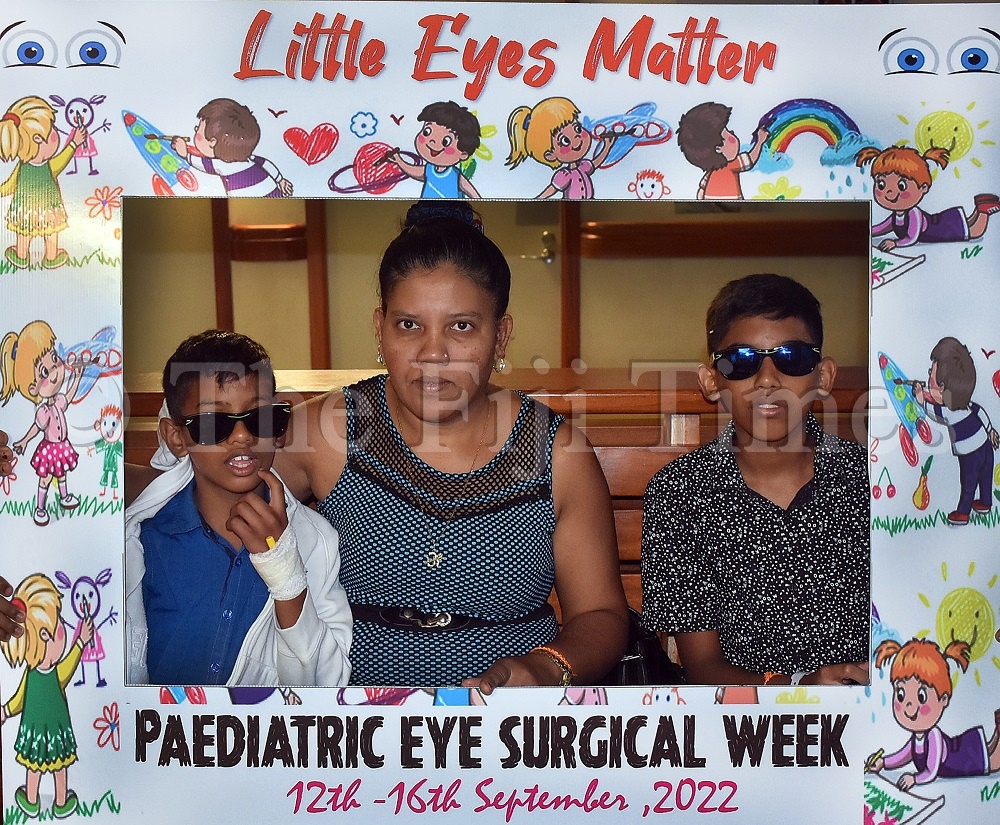 Reshma Kumari was speechless when her two sons, who had been struggling with eyesight issues for years, began to read words written in small font without any difficulty.

Her boys, Ashneel Chand, 12, and Krishneel Chand, 9, were two of the 18 children who underwent surgery at the Pacific Eye Institute to remove cataracts this week.

“When they were in primary school, the teacher complained about their eyesight,” she said.

“At first, I didn’t want to believe her because to me they were fine.

“But later I noticed they were having difficulty reading words written on the blackboard or other things placed at a distance.”

She said she prayed for her two sons’ surgery every day.

“I continued taking them to the doctor and we even went to the North to get their surgery done but because of COVID-19, it wasn’t done.

“I spent around $1400 for that trip but money did not matter as we just wanted to see our sons get better.”

Ms Kumari said her sons had cataracts in both their eyes. The mother of four said she used to write words in big fonts on posters to help them read.

“After this surgery, I feel blessed as now they will be able to read and write by themselves and have a bright future ahead.”