Most European fans back players kneeling against racism 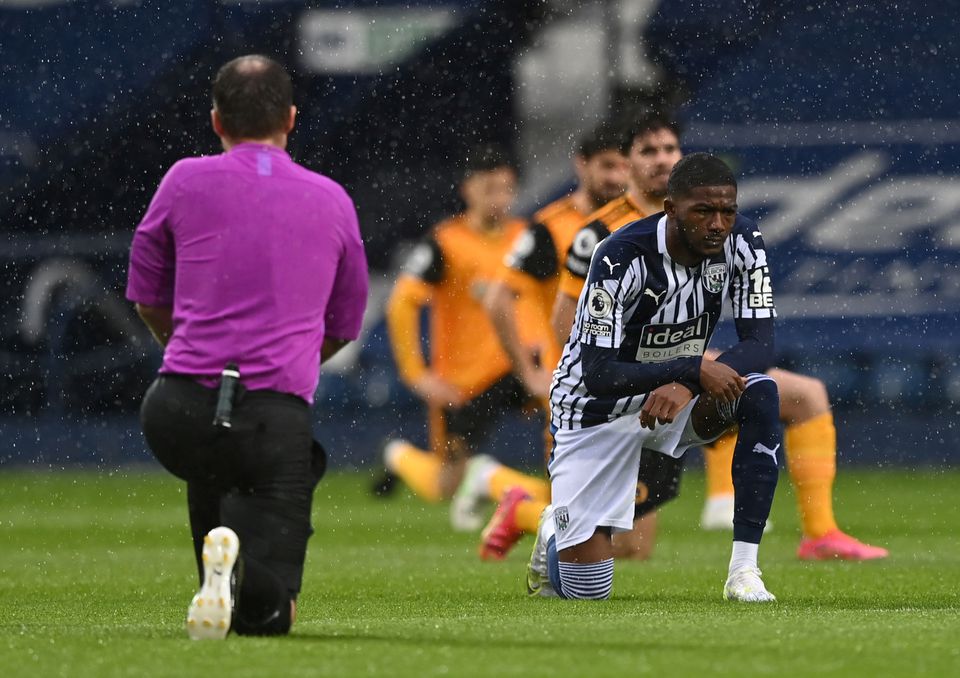 A majority of football supporters around nine European nations support professional players taking a knee ahead of matches as an anti-racism gesture, according to a new survey.

The gesture began at games from the middle of last year in support of the Black Lives Matter movement, drawing widespread public support although a minority of fans say it has lost its relevance and sport should not be politicised.

In England, where a small section of fans booed players taking the knee at two recent international friendlies, support was at 54%, followed by Wales (53%), France (52%), Scotland (49%). The Netherlands saw the lowest support at 44%.

In Britain, 78% of ethnically diverse fans were happy with players making the gesture, according to the survey which was carried out between Feb. 23 and March 31.

England have vowed to continue taking the knee into the European Championship, due to start on Friday.

By contrast, Hungarian Prime Minister Viktor Orban, whose nation is one of the Euro 2020 hosts, said kneeling was a custom related to slavery and alien to Hungary, with pressure on athletes to follow suit a “provocation.”

The YouGov survey found fewer fans were confident about the importance of taking the knee in actually tackling racism.