Most big CO2 emitting firms not on track for climate goals: report 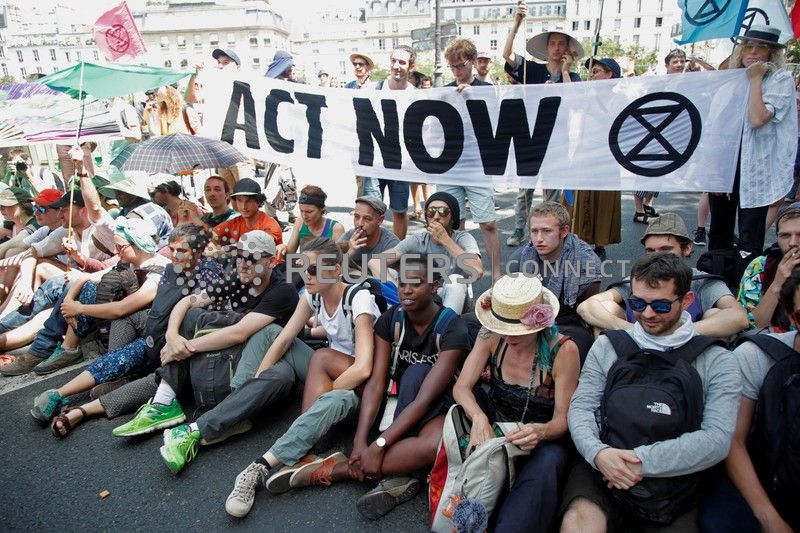 LONDON (Reuters) – Only one in eight of the world’s most-polluting companies are on track to reduce their greenhouse gas emissions in line with global temperature goals, a study funded by investors with $14 trillion under management found on Wednesday.

The findings underscore the gulf between commitments made by the private sector and the transformation that scientists say is needed to stop the climate crisis wrecking the planet.

“The clock is ticking on irreversible climate change,” Adam Matthews, co-chair of the Transition Pathway Initiative (TPI) and the director of ethics and engagement at the Church of England Pensions Board, said in a statement.

“Investors need to adopt an emergency footing otherwise the window to secure the change we need will be gone,” he added.

The study of 274 of the largest publicly-traded, high-emitting companies found that almost half do not adequately consider climate risks in their operational decision-making.

Although regulators and central banks in many industrialized countries are pushing for greater disclosure of climate risks, a quarter of the companies in the study do not report their own emissions, TPI said.

Analysis of 160 of the companies in the study found that only 20 were on track to cut their carbon emissions in alignment with the 2015 Paris Agreement to curb global warming.

The Paris deal aims to limit the global average temperature increase to “well below” 2C, while seeking to tighten the goal to 1.5C. Current policies put the world on track for at least a 3C rise by the end of the century.

The world has already warmed by about one degree, fueling an increase in extreme weather, eating up Himalayan and Alpine glaciers, and disrupting farming in many parts of the world.

TPI’s report underscored the complexities of pricing the risks in terms of record-breaking extreme weather, an upsurge in climate citizen activism and possible regulatory responses.

Investors managing more than $34 trillion in assets, nearly half the world’s invested capital, wrote an open letter to governments last month stressing the “the urgency of decisive action” to tackle global warming.

Although many investors also want to see chief executives taking the crisis more seriously, the TPI report noted that 35 of 130 companies assessed for a second year had improved how they integrate climate change into their business decisions.

“TPI’s new report shows clearly that progress is being made, but also that significant gaps remain between the leaders and laggards in each sector,” said Meryam Omi, head of sustainability and responsible investment strategy at Legal & General Investment Management, Britain’s biggest asset manager.