Mosquito-borne disease outbreaks in the Pacific; training to combat diseases 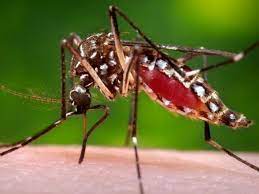 There have been 96 mosquito-borne disease outbreaks in the Pacific from 2012 to 2021.

In a bid to address the issue, participants from Fiji, Samoa, Palau and Tonga participated in two workshops at the Queensland Institute of Medical Research (QIMR) Berghofer’s Mosquito Control Laboratory.

The training, from September 26 to 30, was part of the Pacific Mosquito Surveillance for Impact (PacMOSSI) Project – a regional partnership between Pacific island countries and 12 international institutions working to combat mosquito-borne diseases.

“The number of outbreaks is rising with 96 reported in the Pacific region between 2012 and 2021, including 69 dengue outbreaks, 12 Zika virus and 15 chikungunya.

“The PacMOSSI training is increasing the knowledge of local vector control and surveillance officers in the region, and improving the availability of data to help with decision making on how to effectively combat the spread of mosquito-borne diseases.”

QIMR Berghofer medical entomologist and head of Mosquito Control Associate Professor Greg Devine said the workshops would involve lab work, a field trip and modules on how to identify different mosquito species, test for insecticide resistance, and assess the effectiveness of key control tools such as bed nets.

“Environmental changes caused by climate change, population growth, and increasing travel between countries, are all contributing to the spread of mosquito-borne diseases,” he said.

“Without effective vaccines it is vital that we build capability to control the mosquitoes that transmit these diseases and which can cause so much suffering.”