More than 100 dead after drinking bootleg alcohol in India 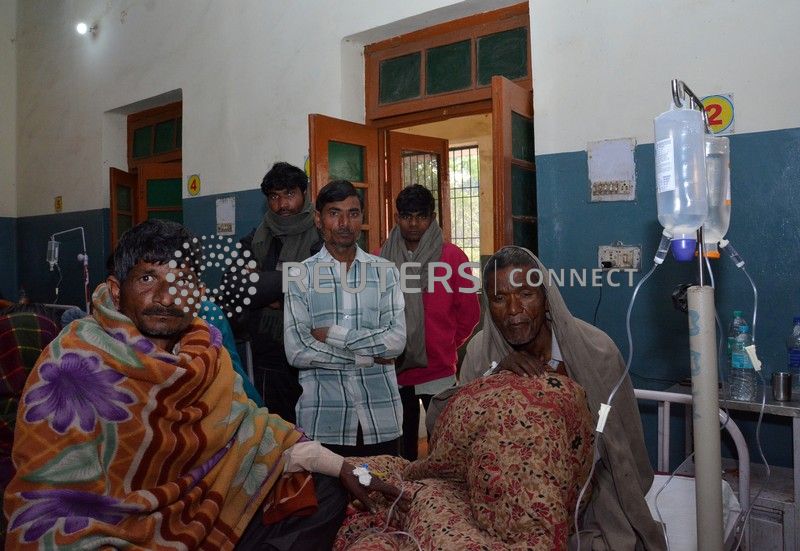 NEW DELHI (Reuters) – More than 100 people died in two Indian states after drinking bootleg alcohol, police and media said on Monday, in the worst such case in years.

Many of those who died in Haridwar in Uttarkhand state and two districts in neighbouring Uttar Pradesh complained of stomach pains and respiratory problems, relatives and officials said.

“Total casualties in Haridwar remain at 36 and right now around 18 people are undergoing treatment,” he said.

Officials in Uttar Pradesh could not be reached for latest casualty figures on Monday, but at least 69 people have died in the state, according to newspapers Indian Express and Times of India.

Deaths from illegally-produced alcohol, known locally as “hooch” or “country liquor”, are a regular occurrence in India, where many cannot afford branded spirits.

But the current death toll is believed to be the deadliest outbreak since a similar case killed 172 in West Bengal in 2011.

“He complained of severe stomach ache, so I took him to get an injection,” the wife of one victim, Hira Lal, told Reuters partner ANI. “He was better then and slept after coming back home. (But) the pain resumed, so we took him to the hospital again and they admitted him.”

The district magistrate of Saharanpur district in Uttar Pradesh, Alok Kumar Pandey, said last week that doctors had concluded many victims died “due to liver infection and problems in their respiratory system”.