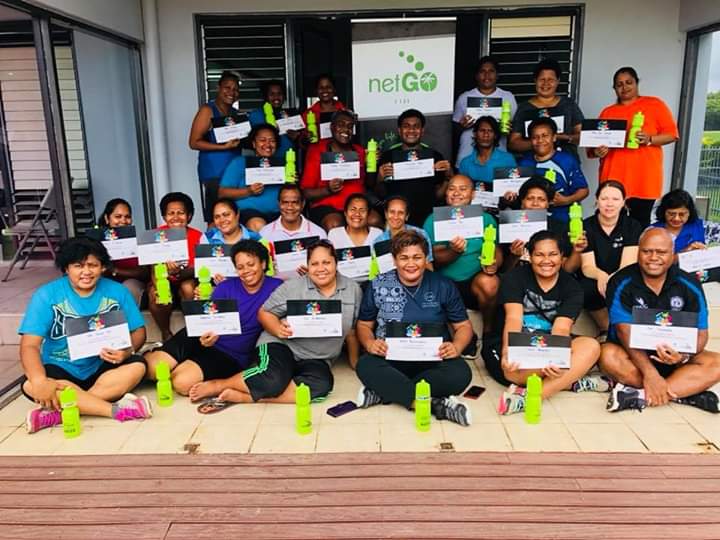 THIRTY-SEVEN teachers from around the country received their Oceania Foundation Coaching Accreditation Certificate after a two-day session at the ANZ Stadium over the weekend.

This will enabled the teachers to teach and coach netball in their various schools as part of the NetGo Programme.

The programme, set up by Netball New Zealand, aims to tackle a range of subjects such as promoting a healthy lifestyle, increase participation levels and eventually leave the countries with a self-sustaining system. Netball New Zealand will work with and deliver this programme in Fiji, Tonga, Samoa and the Cook Islands.

“A remarkable achievement as we enable and empower teachers in around the country to be able to teach and coach netball in their various schools to a certain standard,” said Netball Fiji PSP Country co-ordinator Unaisi Rokoura.

Rokoura says that grassroots netball didn’t begin with the clubs but with the teachers themselves and this was a step in the right direction.

More accreditation workshops are planned for Lautoka this week.