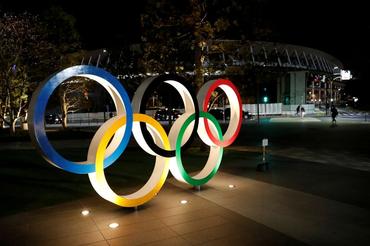 FILE PHOTO: A general view of Olympic rings following an outbreak of the coronavirus disease (COVID-19), in front of the Japan Olympics Museum in Tokyo, Japan March 24, 2020. REUTERS/Issei Kato

Good news for Fijian athletes vying for a spot in the Olympic Games in Japan.

Assistance is in place from the International Olympic Committee (IOC) to help prepare reps for the games which had been postponed because of the COVID-19 pandemic to next year.

The IOC’s Olympic Solidarity (OS) Program has issued an open-letter to the president and secretary general of the National Olympic Committees (NOC) with details on action steps they have taken in the 2017-2020 Olympic Solidarity Program.

The letter, jointly signed by the chair of the OS Commission and Fiji’s Dr Robin Mitchell and director of Olympic Solidarity, James Mcleod said: “We are pleased to inform you that, exceptionally, all the 2017-2020 program and budgets with a direct link to Olympic Games preparation and participation will be extended to the Tokyo Games in 2021.”

Certain measures were put in place earlier following the postponement of the Olympic Games Tokyo 2020.

The extended OS programs that are directly connected to the Games are the Olympic Scholarships for Athletes 2020, Team Support Grants, Refugee Athlete Support and IOC Subsidies for NOCs’ participation in the Olympic Games.

Dr Mitchell said normally in the lead-up to the Olympics year, there were several programs that were running, where NOCs would apply and get funding for preparations of their athletes, preparation of their teams and scholarships for their individual athletes to prepare them for qualifying events or competitions for the Tokyo Olympic Games.

In his capacity as president of the Oceania National Olympic Committee, Dr Mitchell said the one that particularly affected Oceania was the Tokyo 2020 Athletes’ Scholarship program.

“Those on scholarship can be assured that they will stay covered for their program until the end of the Olympic Games, as the scholarship program has been extended to August 2021,” he said.

“As a result of increased costs and pressure on NOCs’ budgets during this period, no new scholarships will be awarded in principle. The second one is Team Support Grants; this program is to help teams that may qualify or teams that have already qualified in their preparation and in particular for our region (excluding Australia and New Zealand who qualify in many other team sports for Oceania). It’s really sevens rugby where the men’s and the women’s teams for the first two places have been filled following the World Cup qualifier.”

Dr Mitchell said the repechage event, the Samoan men’s team and the Papua New Guinea women’s team will still have a chance to qualify.