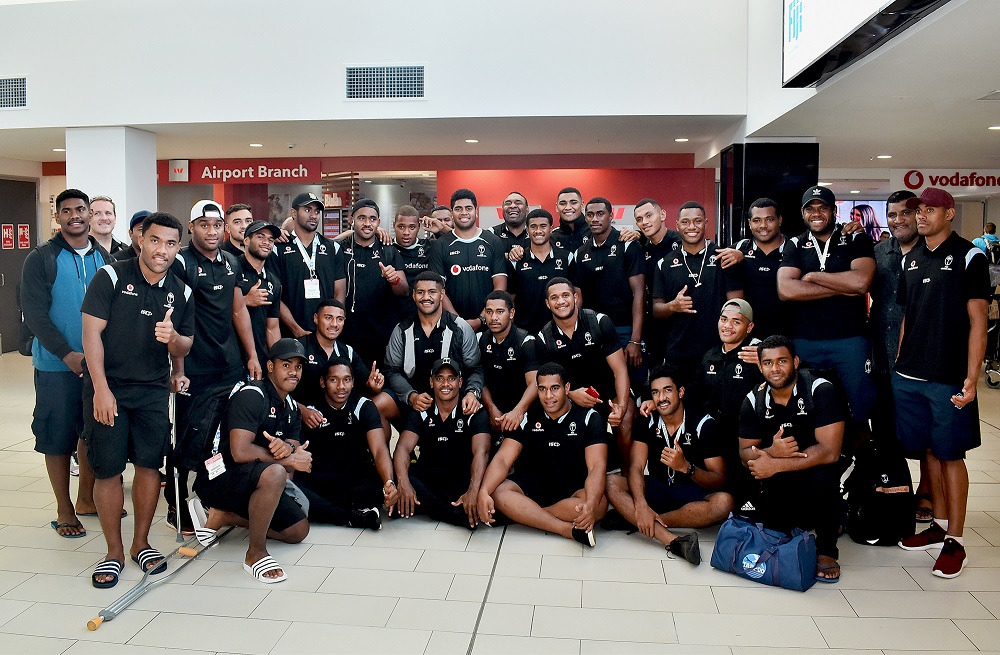 Members of the Vodafone Fiji U20 side at Nadi International Airport yesterday. Picture: BALJEET SINGH

MORE game time will allow the baby Flying Fijians to be exposed to high-level international rugby.

These views were shared by Fiji under-20 captain Tevita Ikanivere and coach Kele Leawere upon the national U20 arrival at the Nadi International Airport yesterday.

Despite losing most of its earlier matches in the Junior World Championship, the national side showed classic and entertaining rugby when it beat Scotland 59-34 and remained in tier one for next year’s competition.

“We played five games we lost to very good teams being tier one nations,” Ikanivere said.

“We needed that win against Scotland to remain in tier one and we thank the Lord for it.

“There should be a lot of games for the under-20 before going to the Junior World Championship … we only had the Oceania as a build up to the championship,” he said. Coach and former Flying Fijian lock-forward said the goal was to remain there next year.

“Most of the teams were tier one nations and all the games were really hard and a win was bonus for us, especially for the commitment the boys have done to get a win,” Leawere said.

“If you look at the outfit of the team, 50 per cent of the boys are 19-year-olds so that means next year we will have players that are experienced of playing high-level rugby so to achieve our target of winning a game was crucial.

“We want players to play high-level rugby and they now have tasted what it’s like to play in that competition level, the door is always open and the onus is on them to work hard for the JWC next year,” he said.

Leawere added they needed plenty of game time and competitions that would beef up players calibre of participating in international competitions.