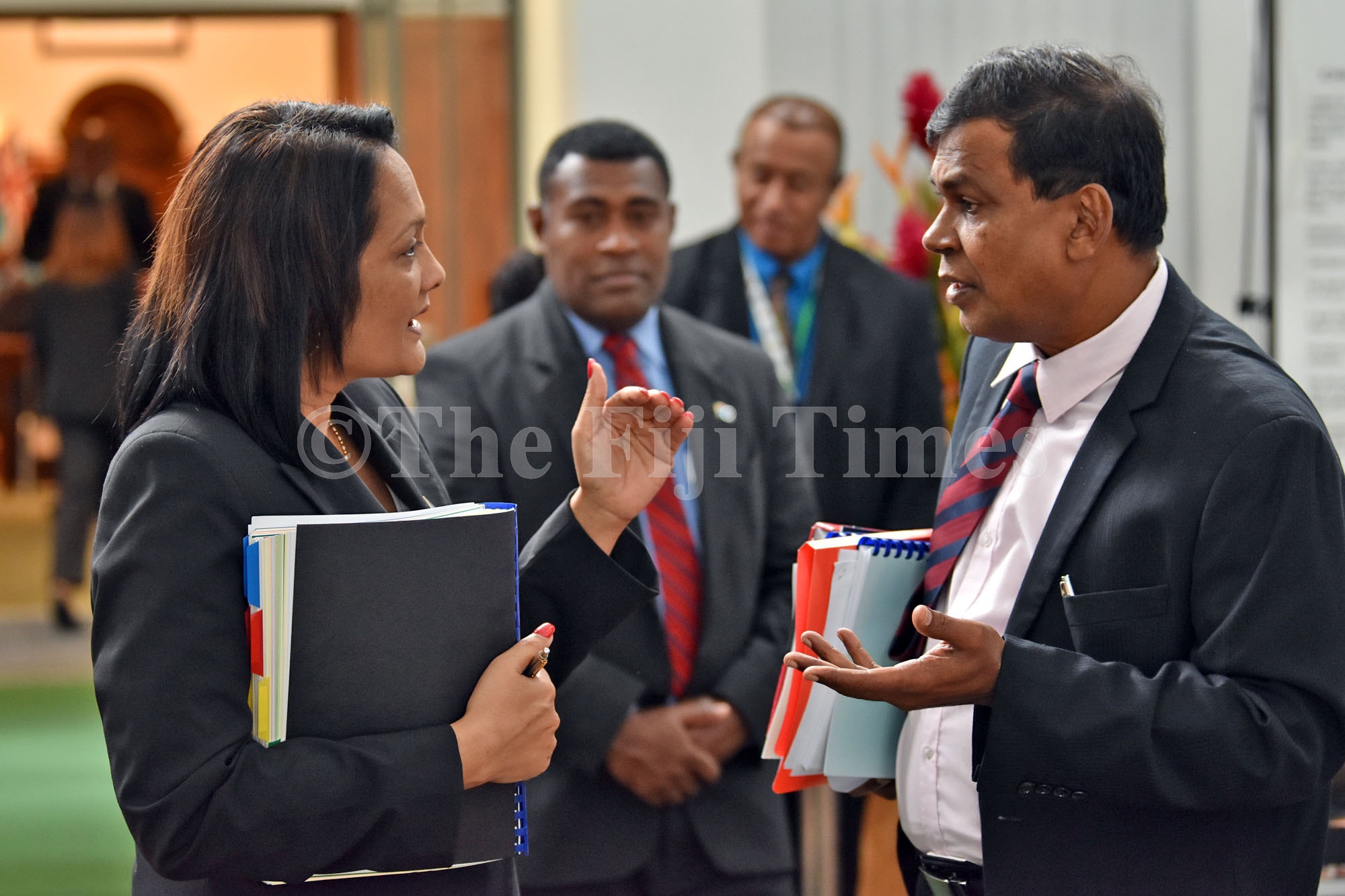 Minister for Education, Heritage and Arts Rosy Akbar having discussions with Opposition member Professor Biman Prasad during break between sessions at the Parliament complex in Suva on Tuesday, May 14, 2019. Picture: JONACANI LALAKOBAU

GOVERNMENT has invested billions of dollars on infrastructure but we continue to see pot holes on our roads, says Opposition MP Professor Biman Prasad.

He highlighted this issue while questioning Government’s approach on monitoring money invested in infrastructure in Parliament yesterday.

Prof Prasad said there was a need for an analysis to be conducted by Government to see if money used on infrastructure has been put into good use.

Speaking outside Parliament, he said it was important because Government has invested billions of dollars in infrastructure over the past years.

“We need to see whether we got value for money or whether a lot of this money has gone to waste. If we are getting value for money from the contractors and companies who are doing all these roads,” Prof Prasad said.

” They are spending a lot of money but not fixing the deteriorating infrastructure, its getting worse and that is the questioned i asked, where is the money going.”

In his response, infrastructure minister, Jone Usamate said analyses are usually carried out before every national budget.

Over past years, Mr Usamate said the Fiji Roads Authority has done a tremendous job in fixing roads across the country.