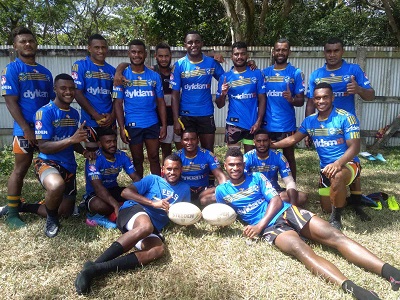 Sivo who hails from Momi village in Nadroga, returned to Australia last week after he visited his relatives and surprising his brothers with their new set of jersey.

Momi team captain Kitione Nasavuilagi thanked Sivo and his club for the donation that motivated the players.

“We were preparing for the Nadroga rugby sevens tournament when Sivo visited us to surprise us with our new jersey.

“Sivo has set a standard for us and and we are proud of him and his achievements and to add it with a new set of jersey and other training equipments will only boost the morale of the boys to follow his footsteps from simple village life to stardom and we are grateful for what he has done,” said Nasavuilagi.

Meanwhile, the tournament will continue tomorrow whereby the finals will be held later in the afternoon at the Lawaqa Park in Sigatoka.