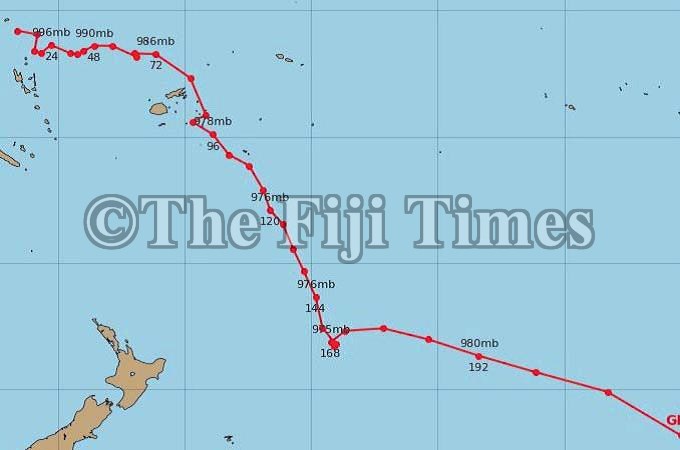 OVERSEAS weather forecasting models last night put the impending Tropical Cyclone Tino on a path away from the two main islands of Fiji.

The forecast track changed in the past 24 hours and is supported by US and European models.

TC Tino, once it forms and starts moving towards Fiji on Friday, will be a Category 1 system.

Tropical disturbance TD04F, which will evolve into TC Tino, was located north- north-west of Vanuatu yesterday.

“TD04F is slow moving and is anticipated to make a south-east movement,” the Fiji Meteorological Service said.

The weather office issued a heavy rain alert for parts of Fiji yesterday.

“The system is anticipated to enter Fiji waters on Friday. As the system moves closer towards the group, the onset of gale to destructive force winds is expected as early as Thursday night especially over the Yasawa and Mamanuca groups, Viti Levu, Vanua Levu, Taveuni and nearby smaller islands,” the weather office said.