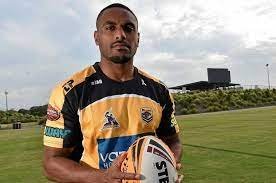 “His signing is subject to visa approval, but the club and the player expect no issues with the process and it is hoped that Moceidreke is available to make his Broncos debut at the Cherry Red Records Stadium at the end of this month,” a statement from the club read.

“Moceidreke can also play on the wing or in the centres and has had spells with the Melbourne Storm, St George, North Sydney Bears and South Sydney where he made a try scoring in his NRL debut. He has also been a Fijian international regular for several seasons.

“The 27-year-old was born in Sydney and brings additional strike to the Broncos backline which has been strengthened for 2022 with the signings of Paul Ulberg, Iliess Macani and highly rated Hull FC youngster, Jude Ferreira.”

Moceidreke made his debut for the Fiji Bati in 2016 and would most likely be an inclusion in this year’s Rugby League World Cup squad.