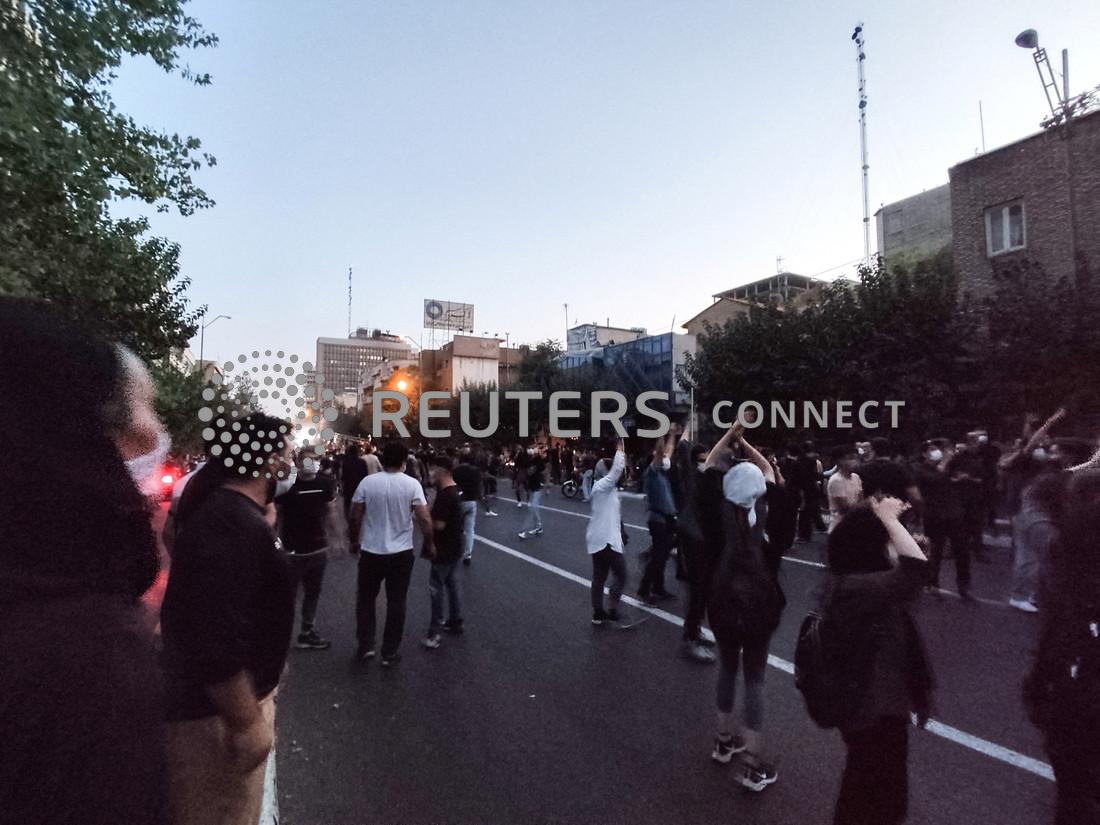 People attend a protest over the death of Mahsa Amini, a woman who died after being arrested by the Islamic republic's "morality police", in Tehran, Iran September 21, 2022. WANA (West Asia News Agency) via REUTERS

DUBAI (Reuters) – A new mobile internet disruption has been registered in Iran, internet monitoring group Netblocks wrote on Twitter on Thursday, as unrest spread over the death of a woman after she was arrested by Iran’s morality police.