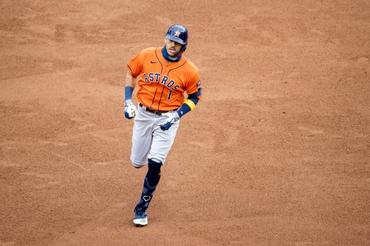 Carlos Correa had two hits, including a homer for the go-ahead run, as the Houston Astros completed a two-game sweep of the Minnesota Twins with a 3-1 victory in their American League wild-card series on Wednesday in Minneapolis.

Kyle Tucker went 2-for-4 with two RBIs and Cristian Javier pitched three no-hit innings of relief to pick up the win.

Sixth-seeded Houston, which went just 29-31 in the regular-season, advanced to the AL Division Series to play the winner of the wild-card series pitting the Oakland Athletics against the Chicago White Sox series. That series starts on Monday at Dodger Stadium in Los Angeles.

The loss extended Minnesota’s record for consecutive postseason losses to 18, the longest for the four major sports in North American history. The last postseason victory for the third-seeded and AL Central Division champion Twins came on Oct. 5, 2004.

Hunter Renfroe hit the first postseason grand slam in club history to lift Tampa Bay over Toronto to complete a sweep of their AL wild-card series in St. Petersburg, Fla.

Mike Zunino started the second-inning scoring with a two-run homer for the top-seeded Rays, who will face the winner of the wild-card series pitting the New York Yankees against the Cleveland Indians.

Freddie Freeman drove a run-scoring single into center field to give host Atlanta a walkoff victory over Cincinnati in a marathon National League wild-card series opener.

Freeman lined a slider off left-handed reliever Amir Garrett for the one-out hit that scored pinch-runner Cristian Pache and enabled Atlanta to end a nine-game losing streak in series openers.