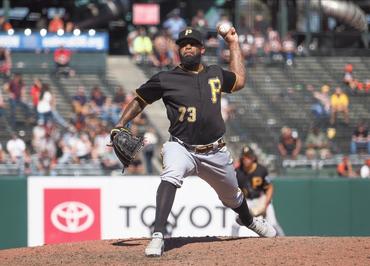 On Tuesday, Vazquez was arrested in relation to charges in Florida, where the girl and her family now live. But a criminal complaint released Wednesday in Pennsylvania shows charges have been added there, including multiple felonies.

Police said Vazquez, 28, admitted he attempted to have sex with the girl in a Pennsylvania driveway in 2017 but was unable to have intercourse. According to the complaint, Vazquez described it as “sex but not really.”

The girl is now 16, and her mother called authorities after finding photos that Vazquez allegedly sent to her daughter electronically. In all, Vazquez faces charges that include statutory sexual assault, unlawful contact with a minor and indecent assault. A two-time All-Star, Vazquez has been placed on administrative league by Major League Baseball.

—The Drug Enforcement Administration is working to find the source of the drugs that Los Angeles Angels pitcher Tyler Skaggs took before he died, ESPN’s “Outside the Lines” reported.

Skaggs, 27, was found dead in his Southlake, Texas, hotel room on July 1 when the Angels were in town to play the Texas Rangers. His autopsy revealed he had oxycodone, fentanyl and ethanol in his system. Fentanyl is a powerful opioid, and the DEA typically joins investigations when fentanyl is involved to try to find the source, ESPN reported.

When the medical examiner’s office released the autopsy report on Aug. 30, Skaggs’ family issued a statement that potentially implicated a team employee in his death. No team employee, however, has been tied publicly to the case.

Price struggled with injuries this season, dealing with left elbow tendinitis, and more recently, a cyst on his left wrist. Price, 34, finishes the season with a 7-5 record and a 4.28 ERA — almost a full run over his 3.31 career ERA.

“We need this guy healthy and ready to go (in the future),” Cora said. “I think it’s the best move for the player and for the organization.”

Sanchez underwent surgery on his throwing shoulder last week, and Hinch cited rehabilitation and recovery as factors for why the 27-year-old won’t be ready for Opening Day.