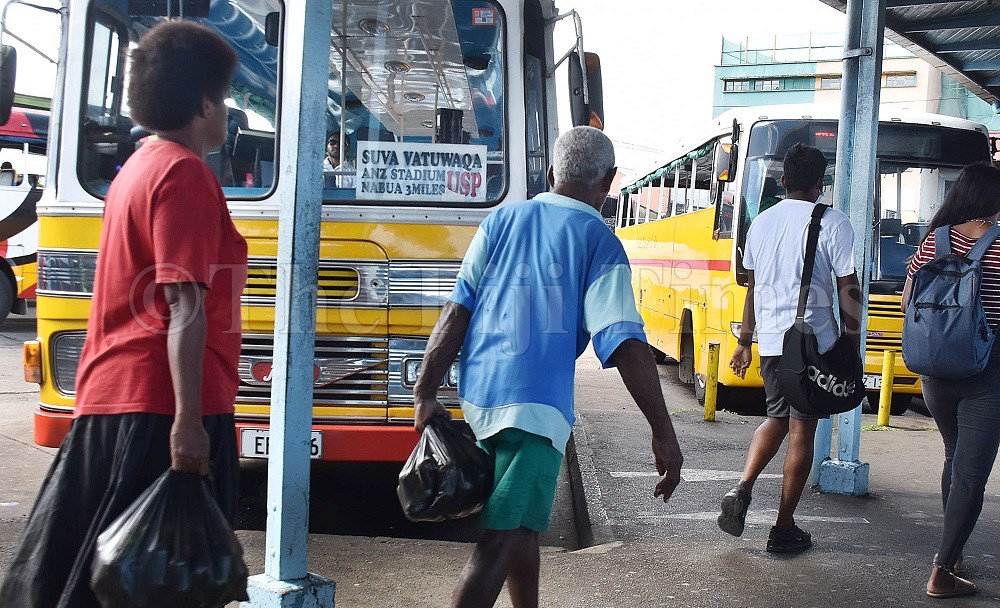 Passengers on their way to board the bus at the Suva bus terminal. Picture: ATU RASEA

Bus commuters have mixed reactions to the 10 per cent reduction in bus fare which came into effect on August 1.

While most welcomed the reduction as a much needed relief in tough times, some reacted differently.

Kameli Tikomainiusiladi of Veisari, outside Lami either travels to Lami Town or Suva to do his shopping.

“The bus fare from Togalevu to Lami and Togalevu to Suva was the same which was $2.21,” Mr Tikomainiusiladi said.

He said he was thankful for the reduction as the prices for everything else had escalated.

Naibuka Koroi, who travels from Vunidawa in Naitasiri, said the 20 cents reduction in bus fare did not make much of a difference to him.

“We’d prefer for a reduction by an amount that will give us true financial relief,” Mr Koroi said.

He said villagers were paying $4.46 before fares increased to $6.17 in May this year when the Fijian Competition and Consumer Commission implemented a bus fare rise for all stages by 36.3 per cent.