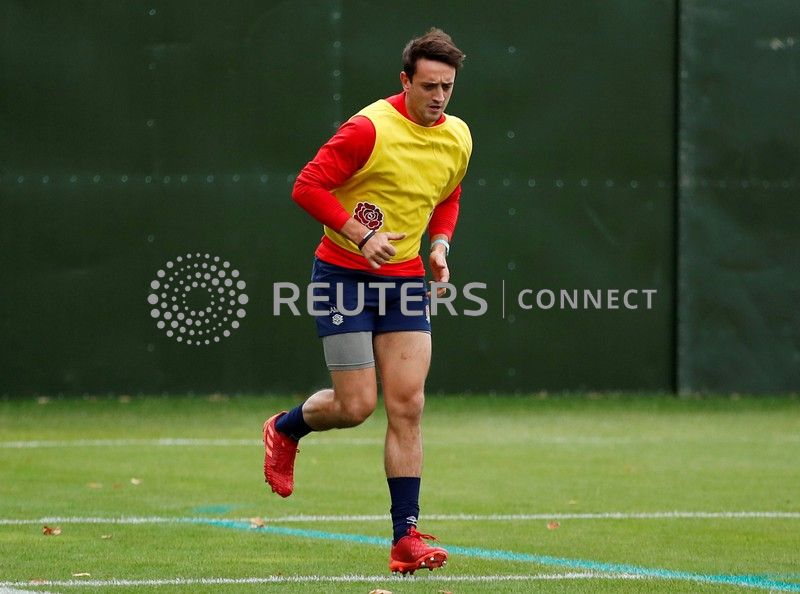 (Reuters) – England have called up scrumhalf Alex Mitchell to their squad as a replacement for the injured Willi Heinz for Saturday’s Six Nations game against Italy, the Rugby Football Union (RFU) said on Wednesday.

Heinz, 33, has been ruled out of the trip to Rome with soft tissue injury to his leg, the RFU said in a statement https://www.englandrugby.com/news/article/england-italy-six-nations-test-talk-inside-the-bubble.

England coach Eddie Jones is set to name his team for the match at Stadio Olimpico on Thursday.

England are second in the standings with 13 points, one behind leaders Ireland, while Italy are bottom of the table.