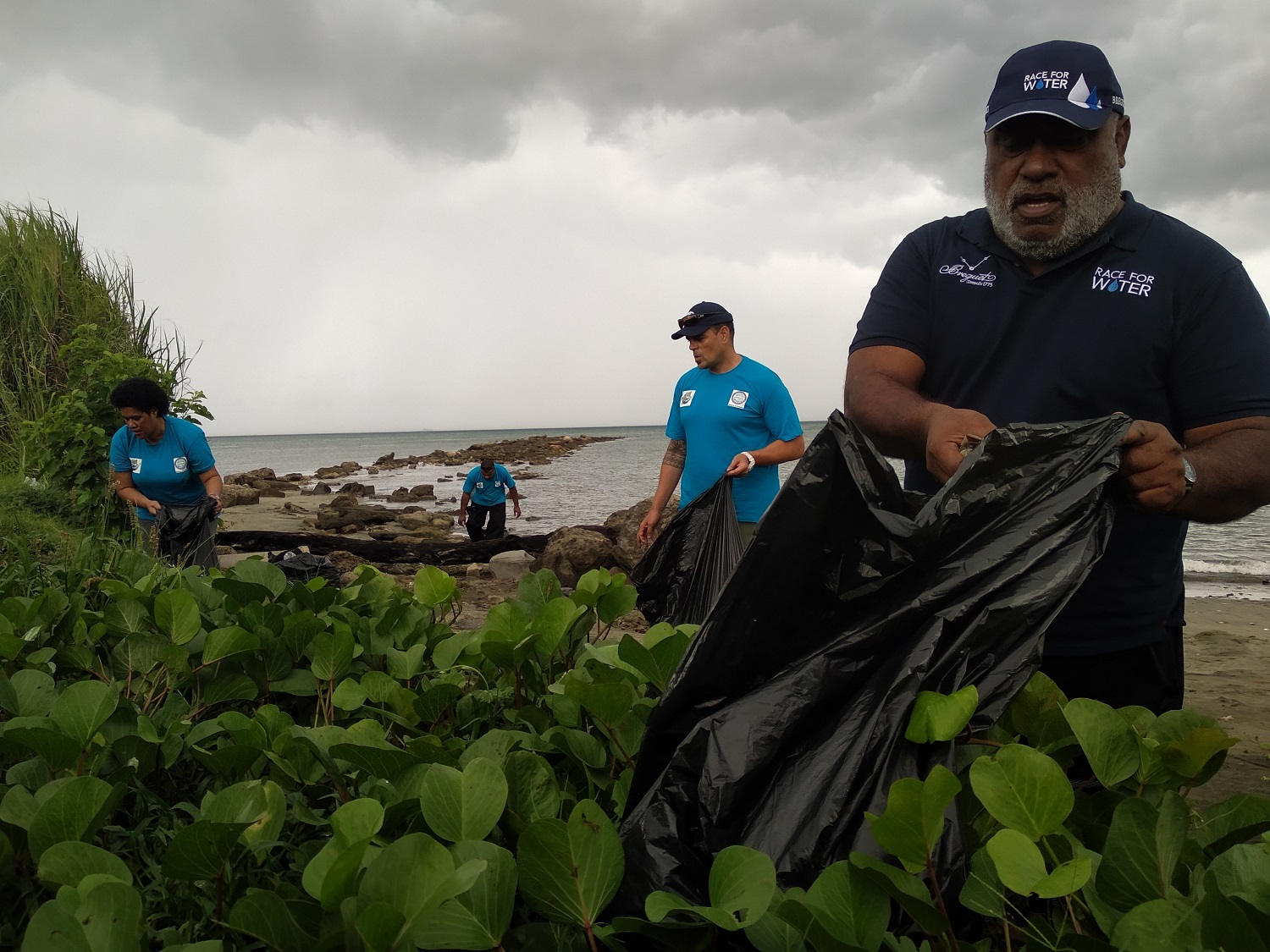 STAFF of the Ministry of Fisheries travelled from as far as Suva today to help their counterparts in Lautoka clean-up Wailoaloa Beach.

Considered one of the tourist hubs in the Jet Set Town, Wailoaloa is saturated with resorts catering to both the high end and backpacker market.

Wailoaloa Beach is also a popular drinking spot for members of the Nadi community and thus, often littered with rubbish.

Fisheries Minister Semi Koroilavesau said his staff had assisted with the clean-up at the request of the team from Race for Water Odyssey.

The 114-foot vessel, which is the world’s largest solar powered catamaran, is currently berthed at Port Denarau.

Mr Koroilavesau said he had volunteered and his Permanent Secretary had directed about 30 staff to participate in the clean-up.

He said the main aim of the clean-up was to make public awareness on the dangers of plastic to the ocean and marine life.