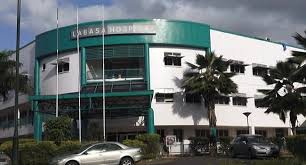 INVESTIGATION results into claims of doctor negligence that led to a stillbirth at the Labasa Hospital in April has been released by the ministry yesterday.

Labasa Hospital’s medical superintendent Dr Jaoji Vulibeci said an investigation was ordered into the claims of Mumtaz Begum, a resident of Benau, Korowiri. Dr Vulibeci said he was yet to see the results of the probe, adding it was too early to comment or say anything.

“I can only confirm that we have received investigation results today (yesterday),” he said. “We will act on the instructions that are laid on the letter.”

The 35-year-old mother of two, who resides in Benau, Korowiri outside Labasa Town, was 16 days away from her delivery date when she could not feel her baby in her womb.

On April 24, Ms Begum said she went for her clinic at the Labasa Hospital and informed the doctor on duty that there was little movement from her baby.

Ms Begum was informed by the doctor that her baby was not getting enough oxygen.

After treatment she was returned home, but on April 29 she returned for her review and was informed by the doctor that her baby was dead inside her womb.

Despite carrying her stillborn son in her womb, she was denied induced delivery and only allowed a C-section after pleading with doctors on the following afternoon.

Minister for Health Dr Ifereimi Waqainabete had earlier referred queries to Dr Jaoji, adding they were the best people to talk to since they were fully aware of the case adding he was aware of the incident.