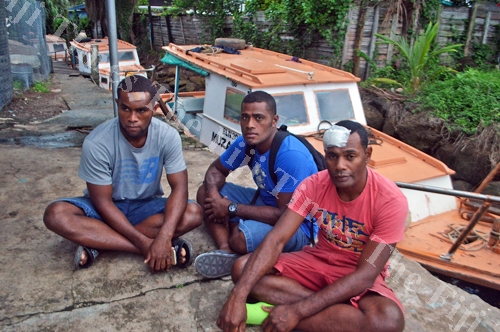 THE Ministry of Fisheries has pleaded with fish wardens and qoliqoli customary owners not to take the law into their own hands and attack poachers.

The plea from the ministry follows an incident where six fishermen were allegedly attacked on Sunday night at Kia Island in Macuata.

Minister for Fisheries Semi Koroilavesau said during his visit to the North last month, the issue of poaching was raised by islanders of Kia.

“Other coastal communities raised same issue as well, showing their frustration on the issue of poaching,” he said.

The minister in a statement yesterday said that while his ministry was against poaching activities, his team did not condone the assault of fishers. “Poaching is something that the Ministry of Fisheries is against,” he said.

“While the minor details are yet to be assessed by the ministry, the incident of assault falls under the jurisdiction of the Fiji Police Force and the Ministry of Fisheries will support the police in investigations.”

The statement also called on fish wardens to only practise what they were taught which is not taking the law into their own hands, but to liaise closely with the ministry and the police.

Six fishermen were allegedly attacked and assaulted with stones and wooden slabs while diving out at sea at Kia Island.

Police is investigating the matter.