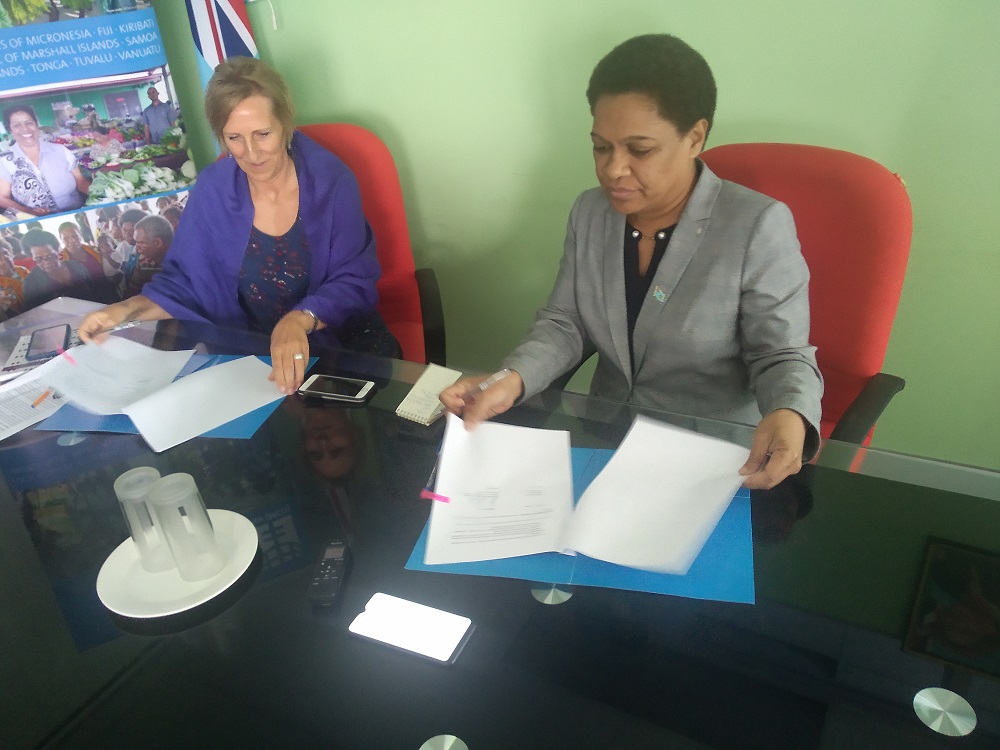 THE Ministry of Women, Children and Poverty Alleviation has formalised its ongoing partnership with the UN Women Fiji Multi-Country-Office through today’s signing of a Memorandum of Understanding.

Minister Mereseini Vuniwaqa said today was a really great day for women in this country and for the partnership that has been on-going for a number of years which will finally become formalized today by way of an MoU.

UN Women Representative Sandra Bernklau said the signing of the MoU was symbolic to their commitment through this partnership.

“This is a significant signing between UN Women and Ministry for Women, Children and Poverty Alleviation,” she said.

She said in addition to ending violence against girls , the MoU covers areas which both the Government of Fiji and UN Women have determined as priorities for gender equality.

MoA signed for the facility management of the Pearly Gates Home

A time to reflect for children and their guardians