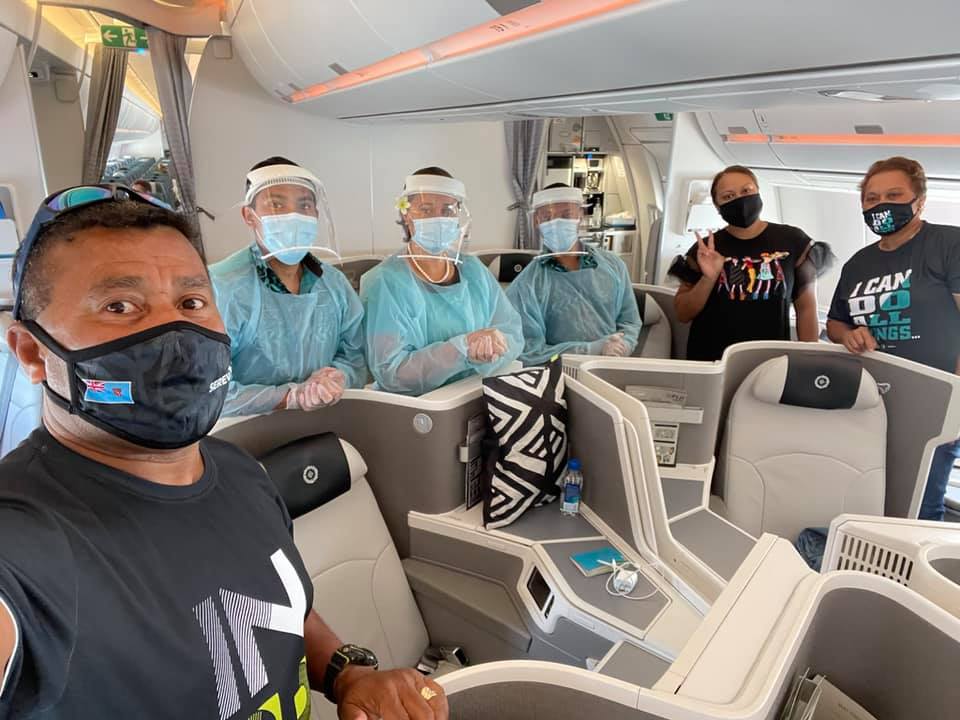 Rugby 7s legend Waisale Serevi, his family and the Fiji Airways flight crew on board their flight to the US. Picture: FACEBOOK

Pictures on social media showing rugby 7s legend Waisale Serevi and his family on a flight to the US from Nadi drew widespread attention, many questioning earlier announcements that Fiji’s borders were closed to any form of travel.

In response to queries, Ministry of Health’s permanent secretary Dr James Fong said the ministry would only allow travel out of the border if it did not involve the use of medical resources.

Dr Fong said they were working on allowing people who needed to leave Fiji to travel as this would lessen the pressure on efforts to contain the virus.

“I am trying to formalise a fair way forward for anyone going out but the virus keeps interfering with these efforts,” he said.

“Whatever gets to me I can approve if it does not entail use of medical resources.”

Responding to queries regarding a movie production crew members that were allowed to travel into the country recently, Dr Fong said their travel had already been approved by the COVID Risk Mitigation Taskforce (CRMT).

CRMT approval was already done for that program and they brought in their own medical resources to sort themselves out.”

Last Tuesday Dr Fong told a news conference that Fiji was not taking passengers from any country from April 22.

He said the only exceptions were Fijians travelling for medical procedures and those with special approval granted by the Health Ministry.