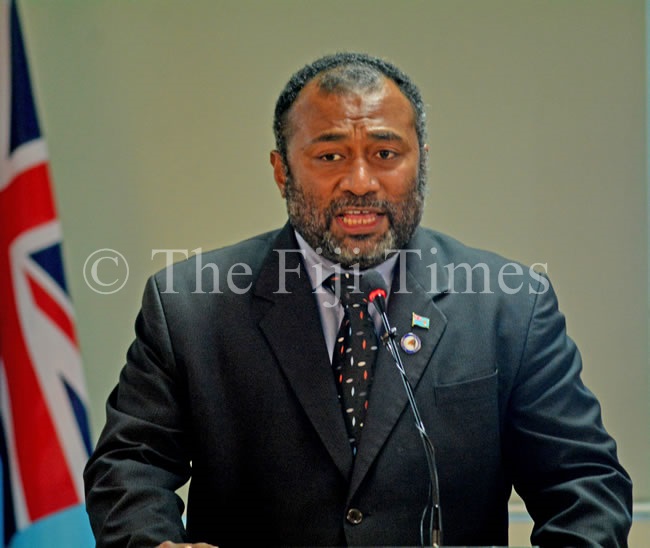 According to a statement by the Department of Information, Dr Waqainabete said the global pandemic was an extraordinary event for all humanity and has brought suffering to countless families and communities across the globe.

He acknowledged the strong and decisive leadership of Prime Minister Voreqe Bainimarama and the Fijian Government, which was responsible for Fiji’s 78 per cent recovery rate.

Dr Waqainabete stressed that the WHO and global leaders should focus not only on the pandemic but more so on the other issues confronting the global community such as the impact of climate change.

“The 73rd session of the WHA was officially opened by the secretary general of the United Nations, Antonio Guterres.

“Mr Guterres stressed to the world leaders that despite the call for solidarity, very little has been achieved and that COVID-19 was a wake-up call for all, saying that if the world cannot address this virus, the economy can never recover,” the statement read.

“The secretary general of the United Nations called upon all leaders to take responsibility to provide a stronger and a resilient society and have human rights in all that they do, including the continuous battle and commitment to address the climate risks among the vulnerable community.”

Leaders including President Xi Jinping of China, President Cyril Ramaphosa of South Africa, President Emmanuel Macron of France, Chancellor Angela Merkel of Germany, Prime Minister Mia Mottley of Barbados and President Moon Jae-in of South Korea also addressed the floor during the opening segment and pressed on the urgent need for global solidarity now than ever before.