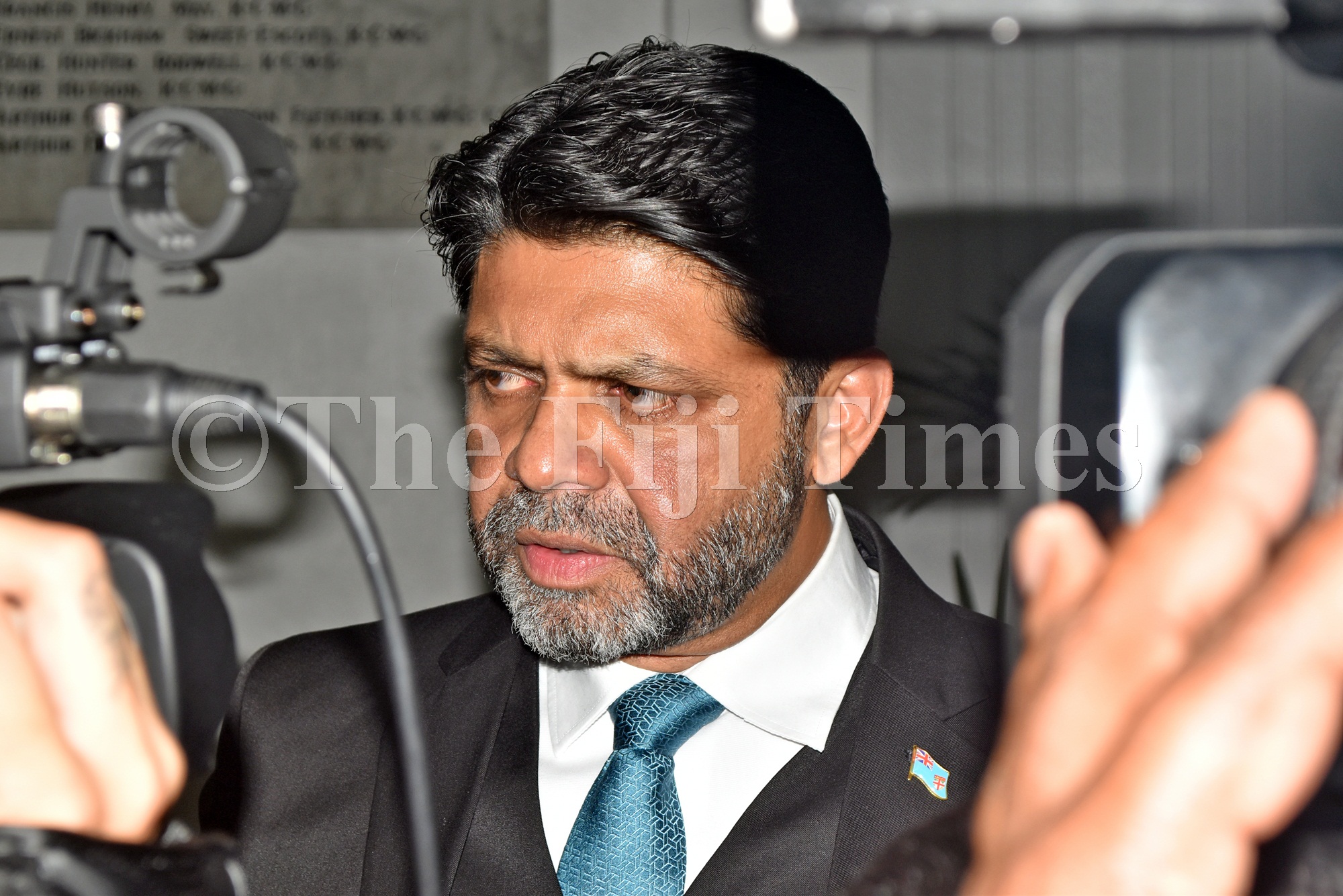 National Federation Party (NFP) leader Professor Biman Prasad and The People’s Alliance (PA) party leader Sitiveni Rabuka are playing “mickey mouse” games and represent a group of politicians who are on a quest to gain power at any cost, says Attorney-General Aiyaz Sayed-Khaiyum.

He made the comment at a media conference on Sunday where he raised concerns about media articles on The People’s Alliance proposed candidate Liliana Warid’s Facebook post that Fijians of Indian descent were “visitors”.

“They (Mr Rabuka and Prof Prasad) don’t have the courage and it is a well-known fact that despite all these comments that are so contrary to each other – contradictory and hypocritical – Rabuka has not taken any stance,” the A-G said.

“Lynda Tabuya made the statement about Energy Fiji Ltd (EFL) and I will keep talking about them because we know how hard they work but the party (PA) said that it did not represent the party’s view but they were still OK.

“Nobody came out and said ‘no, it was wrong to say that about EFL’.

“But that’s the association, the group of people that Mr Prasad is forming.

“They represent a group of politicians who are naked in their quest to gain power at any cost.”