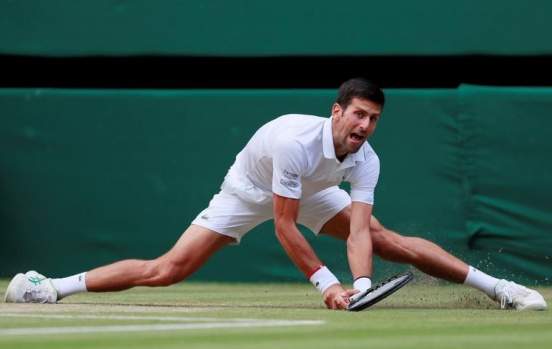 LONDON (Reuters) – “When the crowd is chanting ‘Roger’ I hear ‘Novak’,” freshly-crowned Wimbledon champion Novak Djokovic said with a smile on Sunday.

A fairly implausible claim, perhaps, but the comment hinted at the phenomenal feats of mental strength and focus the Serb deployed in beating Roger Federer in the longest singles final in the tournament’s 133-year history.

“It sounds silly,” he conceded, “but it is like that. I try to convince myself that it’s like that. It’s similar ‘Roger’ and ‘Novak’,” he added laughing.

The absurdity of the claim was comical, but the lengths to which Djokovic had to battle the almost blanket support for his adored Swiss opponent was no joke.

“I mean, that was one thing that I promised myself coming on to the court today, that I need to stay calm and composed, because I knew that the atmosphere would be as it was.”