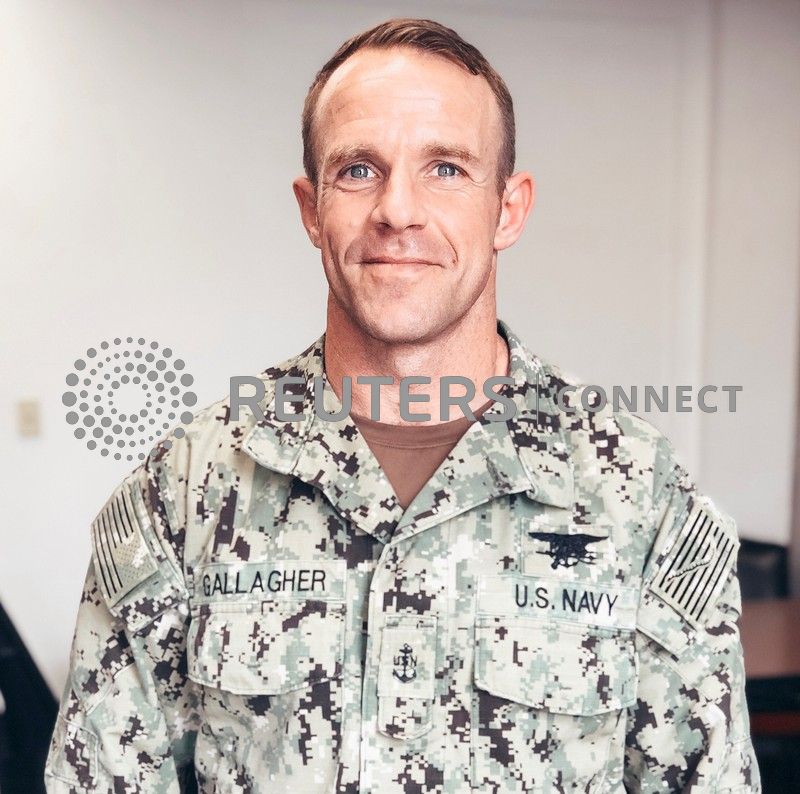 SAN DIEGO (Reuters) – The lead prosecutor in the court-martial of a U.S. Navy SEAL charged with war crimes was ordered removed from the case on Monday because he electronically tracked email communications of defence lawyers without a warrant, a Navy spokesman said.

Special Operations Chief Edward Gallagher, who the presiding Navy judge freed from pre-trial base confinement last week, is due to go on trial in San Diego on June 10 in a case that has drawn the attention of U.S. President Donald Trump.

Gallagher, 39, a decorated career combat veteran, is charged with murdering a wounded Islamic State fighter in his custody, and with attempted murder in the wounding of two unarmed civilians – a school girl and elderly man – shot from a sniper’s perch.

Gallagher has pleaded not guilty to all charges, including obstructing justice in the case, which stems from his latest tour of duty in Mosul, Iraq, in 2017. If convicted, he could face life in prison. The proceedings are being conducted at U.S. Naval Base San Diego.

The special operations platoon leader says he was wrongly accused and that fellow SEAL team members testifying against him, several under grants of immunity, are disgruntled subordinates who fabricated allegations to force him from command.

His defence team had filed motions seeking either to dismiss the charges altogether or to remove the senior government trial attorney on grounds of alleged misconduct by the prosecutor and agents of the Naval Criminal Investigative Service (NCIS).

At issue was the prosecution’s admitted use of electronic tracking software secretly embedded in email messages sent to members of the defense team, which the defence said amounted to warrantless electronic surveillance.

Prosecutors have said the email “auditing tools” they used were designed merely to detect the flow of emails without revealing their content and were aimed at pinpointing the source of leaks from case files sealed by the judge.

On Monday, the judge granted the defence request to disqualify the prosecution’s senior attorney, Navy Commander Christopher Czaplak, from the case, according to statements from the Navy and the defence team.

“The Navy is complying with the judge’s order,” naval base spokesman Brian O’Rourke said in a statement. “The senior trial counsel will be replaced” by another military attorney, he said.

The precise reasoning for the order remained under seal. But the judge cited the question of constitutional due process violations in granting the defence motion, according to a government official familiar with the case who spoke on condition of anonymity because he was not authorized to publicly discuss the order.

It remained to be seen whether Monday’s action would result in further delay of the trial, but momentum appeared to be running in the favour of the defence.

The presiding judge, Navy Captain Aaron Rugh, said from the bench on Friday that prosecutors and NCIS investigators had violated Gallagher’s constitutional rights to a fair trial.

A day earlier, Rugh unexpectedly ordered Gallagher released from base confinement at a nearby military hospital centre in San Diego while he awaits trial.

Gallagher had been transferred there from a military brig in March at the direction of Trump, who cited Gallagher’s “past service to our country.”

Trump has said he is considering pardons for a number of service members accused of war crimes, and Gallagher’s case is widely believed to be one of those under review.