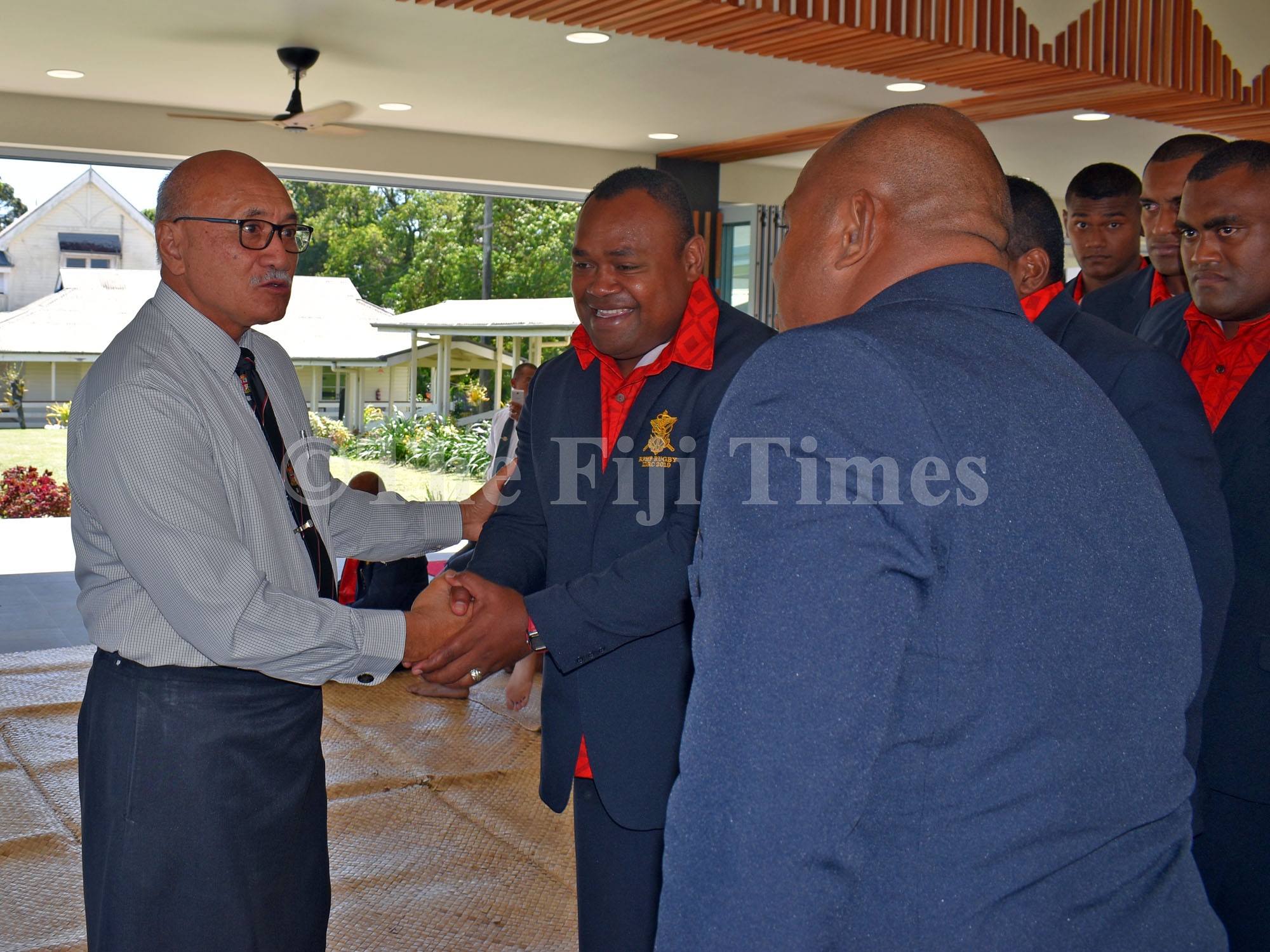 It was indeed a historical moment for Fiji but many do not know that they were the replacement team to the competition and preparation wasn’t as perfect as the other countries but they managed to beat England in the final 30-10.

This year, they will be defending that title and they were challenged by the President of Fiji Jioji Konrote during the presentation of their itatau.

Konrote said they were the chosen ones from the many that wanted to represent Fiji and be good ambassadors of the country in Japan.

“A Bible verse states ‘that many have been selected but you are the chosen ones’ and I congratulate you for making the team but keep in mind that you will be representing the Fiji Military Forces as well as the country itself.

“There will be many expectations from the people, families, colleagues and friends but remember that you are the champions and you will defend the title with honour,” said Konrote.

Meanwhile, Japan will host two world events in one month and the Fiji teams are eyeing for the prize, but the difference is that the Flying Fijians will aim to win the Rugby World Cup whereas the Fiji Defence Force will gun for retaining the title in the IDFRC. The team leaves on Sunday.