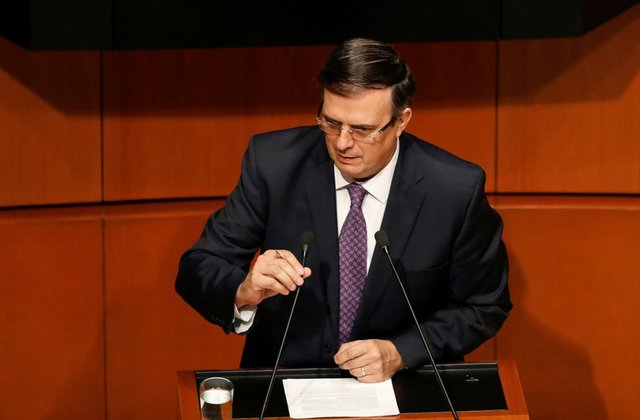 MEXICO CITY (Reuters) – Mexican Foreign Minister Marcelo Ebrard said on Friday that he will present a document at the Group of 20 summit this month that would ask the member nations to take note of the high numbers of migrants fleeing Central America through Mexico.

“We’re going to present a document for the group’s consideration… essentially, asking that they stop shutting their eyes to the crisis that we have in Central America,” Ebrard said at a Mexico Senate hearing.