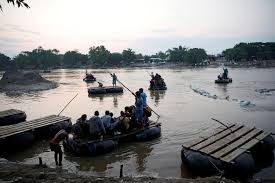 MEXICO CITY (Reuters) – Mexico must significantly improve border infrastructure on its southern frontier with Guatemala to succeed on its deal with the United States to reduce migration, Mexico’s foreign minister said on Tuesday. Over the past few days, Marcelo Ebrard has gradually announced more commitments made to stave off a threat of tariffs by […]