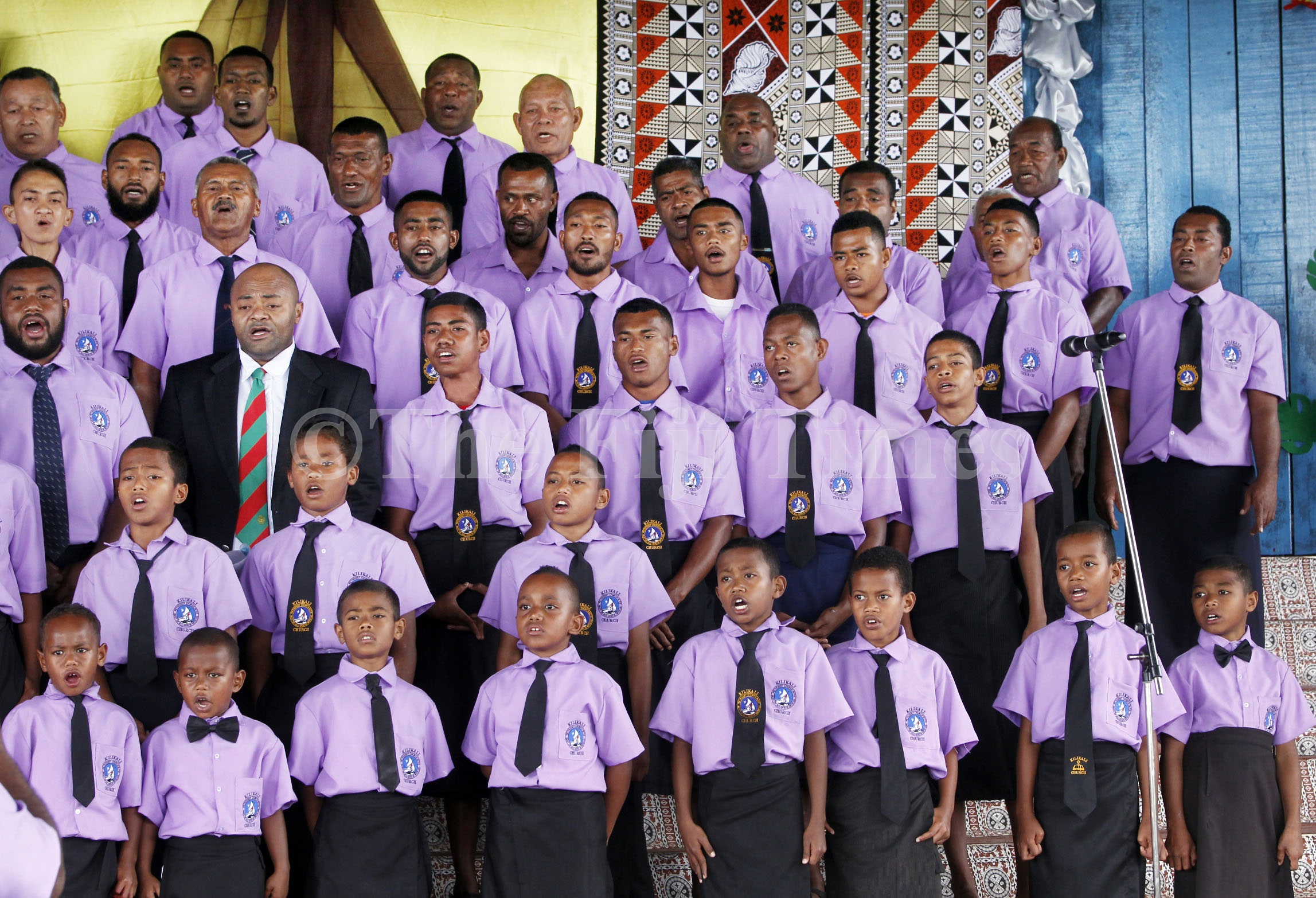 Kilikali Methodist Church choir singing at the Festival of Praise at the Furnival park yesterday.Picture:ATU RASEA

THE Methodist Church in Fiji will work on reviewing the Sunday school lessons for children and youths.

This issue was discussed yesterday during the annual church conference where the youth department of the church made a presentation.

This was an issue of interest for the leaders of the church as they discussed ways on how to keep young people in the church by developing programs that would best suit their interests.

According to a church minister, some of the youths who were members of the church had joined other denominations.

After a thorough discussion, the church ministers and leaders decided that it was time for the church to review its lessons to include lessons that were of relevance to this day and age.

The church ministers stated that it was important for the church to take into account the issues affecting children and youths and lessons prepared must highlight the issues such as the rise in crime rate, drugs and sexual abuse which must be discussed openly.

Meanwhile, the term of service for lay pastors in a divisional church has been extended to five years.

The change was made during the meeting and it was also discussed that it was imperative for the church to look after the interests of lay pastors because of the important role they played.

The meeting continues today at the Centenary Methodist Church in Suva.