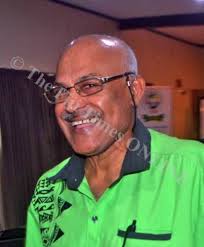 The Fiji College of General Practitioners (FCGP) states the public should rest assured that the drug metformin is one of the safest drugs for the treatment of diabetes mellitus.

FCGP president Dr Ram Raju said he was compelled to comment after receiving a number of complaints from patients on the statement made by Minister for Health Dr Ifereimi Waqainbete in Parliament recently that metformin was not safe for patients suffering from heart conditions.

“The president of the Fiji Pharmaceutical Society has already made a statement that this drug, metformin, is extremely safe and nephrologist Dr Amrish Krishnan also made a similar statement recently,” Dr Raju said.

“Metformin, in fact, is the first line drug for treatment of type 2 diabetes mellitus, the most widely prescribed and most widely available throughout the world, taken by mouth.

“The side effect of this drug is minimal and is generally well tolerated.”

The Nadi-based clinician said metformin had a low risk of causing side effects such as low blood sugar and was also the first drug of choice for diabetics who were overweight and women suffering from polycystic ovarian syndrome or infertility.

Dr Raju added metformin was also considered the most effective drug when compared with other oral drugs for type 2 diabetes mellitus.