Merkel and trump still defer on trade and NATO 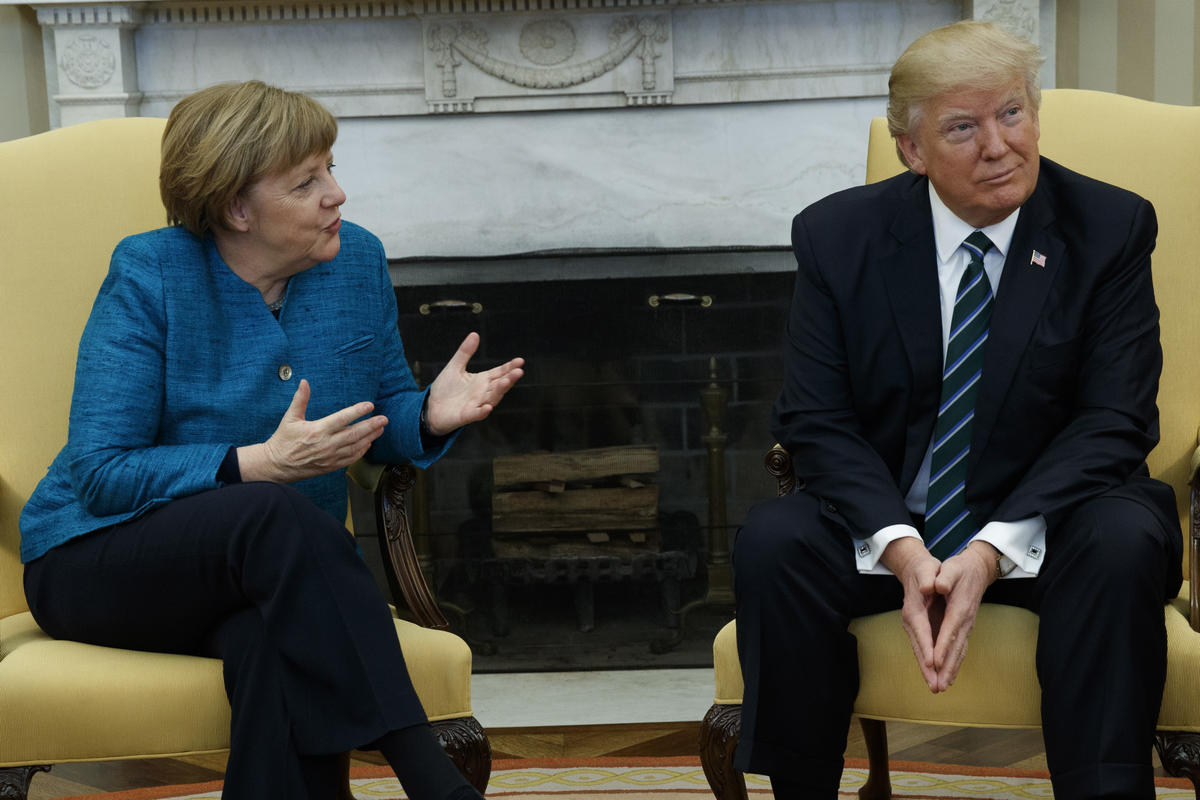 WASHINGTON – German Chancellor Angela Merkel and US President Donald Trump aired differences over trade and NATO on Friday at a White House meeting where they tried to put on a show of warmth and friendship despite tensions between the two allies. With Mr Trump poised to impose tariffs on steel and aluminum soon that will impact European exports, Mrs Merkel said the decision is now in Mr Trump’s hands on whether to grant exemptions to European Union nations.

“We had an exchange of views. The decision lies with the president,” Mrs Merkel told a joint press conference after Mr Trump complained about the US-European trade imbalance, particularly in regards to automobiles.

Mrs Merkel’s quick trip came the same week as a three-day state visit by French President Emmanuel Macron, who, like Mrs Merkel, pressed Mr Trump on trade and urged him to keep the US in a multi-national nuclear deal with Iran.

Neither leader appeared to make significant progress convincing Mr Trump on either issue. Mrs Merkel said she could see negotiating a bilateral trade deal between the EU and the US, saying the World Trade Organisation has been unable to deliver multilateral agreements.

Mr Trump said he wanted a “reciprocal” trade relationship with Germany and other European nations and wanted Germany and other NATO allies to pay more for their common defense, an issue he has raised repeatedly.