Merchants of fear – Same old, same old – and no one cares 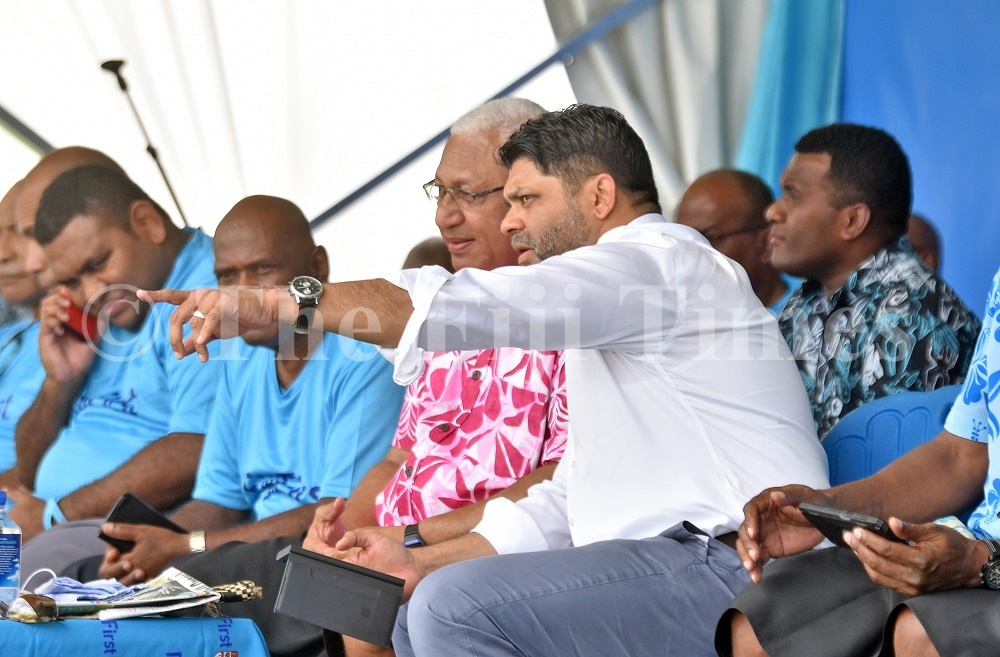 As soon as we hear the Fiji- First Prime Minister and his faithful sidekick all puffed up and macho about “security”, “stability” and “fear”, that’s when you know they’ve been stonewalled by fed-up taxpaying voters.

For far too long the FFP has got the whole equation wrong. People should not fear their Government. Instead the Government should fear the people. Make no mistake.

The FF government is petrified of the wrath of a longsuffering public who are sick and tired of things like poor hospitals and healthcare systems that in themselves are in a state of rigor mortis.

Right now the FFP campaign rhetoric is spinning the narrative about safety, stability and security, in order to incite fear among voters. This is about as boring and irrelevant as last week’s news.

How do we know this? The electorate themselves tell us this very matter of factly, during our various campaign talanoa sessions.

The only factors bringing us all insecurity and fear are the fear of waking up to dry taps when we need to get ready for school and work; the paranoia from potholes that spike mechanical costs for shock absorbers, bushings or tyre replacements; the nervousness when the supermarket cashier’s total rings up the family grocery total; and the coma-inducing cost of fuel.

How on earth did the FF government think that a band-aid, condescending solution like a saqamoli $1 per day (for 30 days over six months) for those who qualify, was in any way rational or reasonable?

For a Government that in itself has its genesis in illegality from December 6, 2006, every election from 2014 and 2018 runs through the same storyline.

This begins with appeasement with goodies and carrots like feel-good numbers on budget documents that don’t translate to actual progress.

Then when the FF government, based on its “intel”, feels that it needs to tip the scales of numbers towards them just before voters head to the polls, they roll out the trusty “fear” words to bully, intimidate and threaten the psyche of the electorate.

I have written about similar incidents being shamelessly carried out in mandir (Hindu temples) before by senior FF ministers who should know better.

It is absolutely no secret that these loathsome fear tactics are directed primarily at Indo-Fijian voters.

But guess what they’re saying in response? Sa rauta! (enough!), they have talase-ed (raided) our pockets for far too long with all the random fees, fines and charges we get slapped with, for the most trivial of breaches that roads, consumer, tax, road tonnage, law enforcement regulators can muster – depending on whether there is a revenue target to meet or not!

Can you imagine if those fear words like ‘there will be instability if there is a change of government’, were uttered in any other modern democracy heading to polls such as Australia, New Zealand or Singapore (that the FF government has painted as models for Fiji)? Voters there would be ballistic!

And how can we forget those desperate threats from October 2018 before the elections, where the FijiFirst general secretary told a campaign meeting in Samabula that, “If you do not support a leader like Voreqe Bainimarama, you are putting a dagger to your neck”?

All these drama-ful scare words and imagery are completely detestable and pitiful.

The electorate has had a gutful of FFP daggers to their necks, stomachs, hearts and wallets thanks to 16 long years of failed leadership.

The scary words and imagery are simply impotent and worthless – reeking of fear, because the emperor has no clothes.

Fortunately these juvenile macho and bad acting stunts no longer work. The people have already made up their minds. The spell is broken.

The genie is out of the bottle. The electorate may get on the buses, don the T-shirts, kaila and throw the deuces up for flashing lights, but just like in 2018, the actual election results will spin a different yarn.

Many in the FF lineup will be sobbing over the election results and matching them up to venues they visited, and the words they heard. After all, talk is cheap.

The score-card for 16 years of “unprecedented growth” results, is at direct odds with the electorate’s daily struggles.

The voting taxpayers have set their alarm clocks for their day of reckoning at the polls.

Who really fears who?

In September 2014, the Fiji Sun did what it does best with its nauseous headline: “PM Bainimarama’s Pledge On Security And Safety”.

Of course that article came out just days before the 2014 election.

These are by now recognisable (kidava ga mai) standard operating procedures for the FFP.

When all else fails, add fear into the mix, to paralyse the electorate towards irrational thoughts and choices.

This time around, this fearsetting agenda is up against far more base emotions, linked to survival instincts.

That X-factor seesaw pendulum is likely alien to propaganda mercenaries aligned to the FFP, who don’t understand our deeply nuanced local context.

The weaponisation of fear and misinformation (both online and offline) where everybody else but them are liars, no longer works.

The labelling of others (but not them) as causes for fear, even as they speed around in convoys with armed bodyguards in tow, no longer works.

The leaking of FF candidates campaign scripts (as stated by NFP leader Prof Biman during his recent interview on Fiji Village), where the new laveliga (hands up) recruits are cued up to memorise and spout set scripts about civil service jobs and salaries, the Fijian economy, TELS and Toppers, poverty etc – no longer works.

All of FFP’s toxic and chaotic plots and schemes no longer work, because the law of unintended consequences is now in effect and is unravelling them. Consider the previous week’s scandal where the DPP had to publicly slap down the Police Commissioner.

This week’s public push at Syria Park (campaigning for the FFP leader’s wrong candidate number), probably also added more votes to our The People’s Alliance partner party candidate, the Western powerhouse, Mr Jese Saukuru. This is why their fear tactics no longer work.

This is why the #Together League is coming. We are not afraid. Brace yourselves.

• SENI NABOU is the general secretary of the National Federation Party. The views in this article are hers and not necessarily shared by this newspaper.