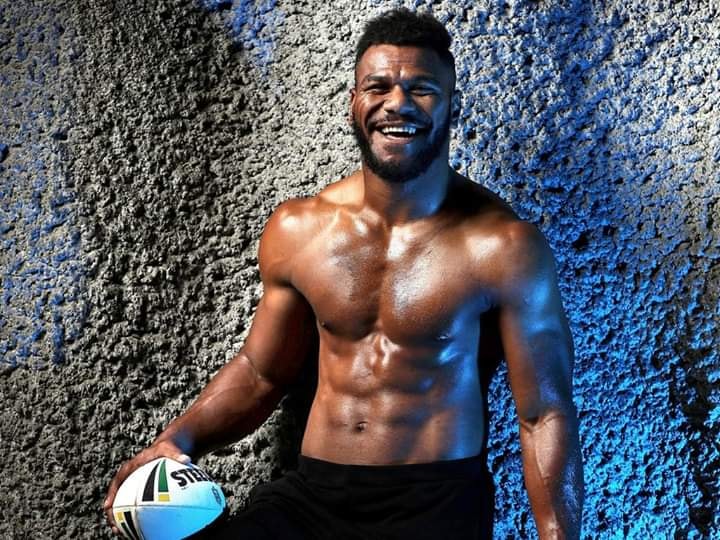 Maika Sivo during a photoshoot. Picture: THE DAILY TELEGRAPH

Sivo ended his National Rugby League rookie season on a high note this year after topping the try list with 22 touch downs.

Meninga is in the country to guide the Aussies against the Fiji Prime Minister’s XIII in a clash at the ANZ Stadium on Friday.

The 59-year-old is also the Australian Kagaroos coach and is highly regarded as one of Australia’s rugby league greats. Meninga said the team was excited to be in the country for a week.

He said there were many talents coming out of Fiji. Sivo had a great season this year,” Meninga said.

“Now every young kid in Fiji wants to play for Parramatta.

“With the likes of Vilime Kikau there is a lot of talent to come out of the country and we are looking forward to the game.”

Fiji Bati head coach Brandon Costin said it would be a dream come true for many of the locals to face the visitors.

“These are young players who grew up in the villages and it has always been their dream to play for the Fiji Bati against Australia,” Costin said.

“For the Fiji National Rugby League this is like the first step that we are taking ahead with the job done over the years.

“We have a very good junior competition from the under-12 level. In 2020 we will have a team in the New South Wales competition so our players will be on show every second week in Sydney.”