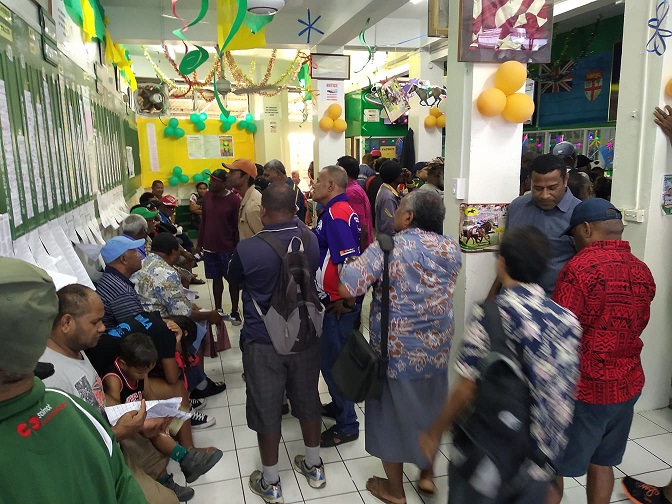 Punters at the Grants betting house in Suva today to place their bets for the Melbourne Cup. Picture: ROHIT DEO

JOE Kete, 58, travelled from Navua to Suva to enjoy the atmosphere at the Grants betting house today.

Kete, originally from Tailevu, now resides at Vakabalea in Navua.

He said he had been betting occasionally from the 70s and nothing beats the feeling of being part of the Melbourne Cup.

“I do come down occasionally but I make sure I never miss the Melbourne Cup. I have won a few dollars in the past and am hoping for the same this year,” he said.

Kete said he has won up to $5000 in the past in a single day from betting.

This year Kete is putting his money on American Horse Paradiso to win the Melbourne Cup.