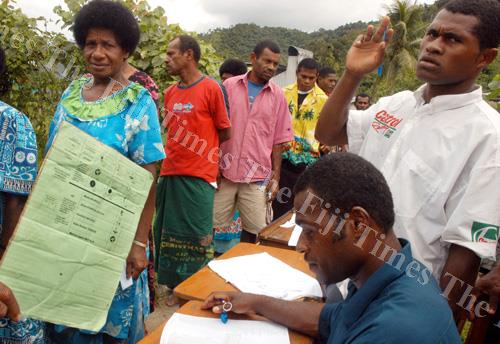 THE mainstream media and social media will play an important role in Fiji’s 2018 polls.

Highlighting this, University of the South Pacific academic in Governance and Developmental Studies Professor Vijay Naidu said the FijiFirst party used the social media very well in the 2014 General Election.

“There remain valid concerns among political parties on the impartiality of certain media in the country. Using social media may help in countering the biases of these media organisations,” he said.

At this point in time, Prof Naidu said it was apparent that some political parties were more prepared for the election battle than others.

“Campaign platforms including manifestoes, candidates, funding, organisational structure, and the use of the mainstream and social media as well as other modes of communicating with the masses are critical to the success of political parties.

“In terms of election readiness, the five registered political parties that have publicised their selected candidates (in varying numbers) have had a head start compared with the three that have not.

“The latter (remaining political parties) need to speedily proceed with naming their candidates to be in serious contention to get into the national Parliament for the next four years.”