Media personnel asked to move out of SODELPA AGM venue 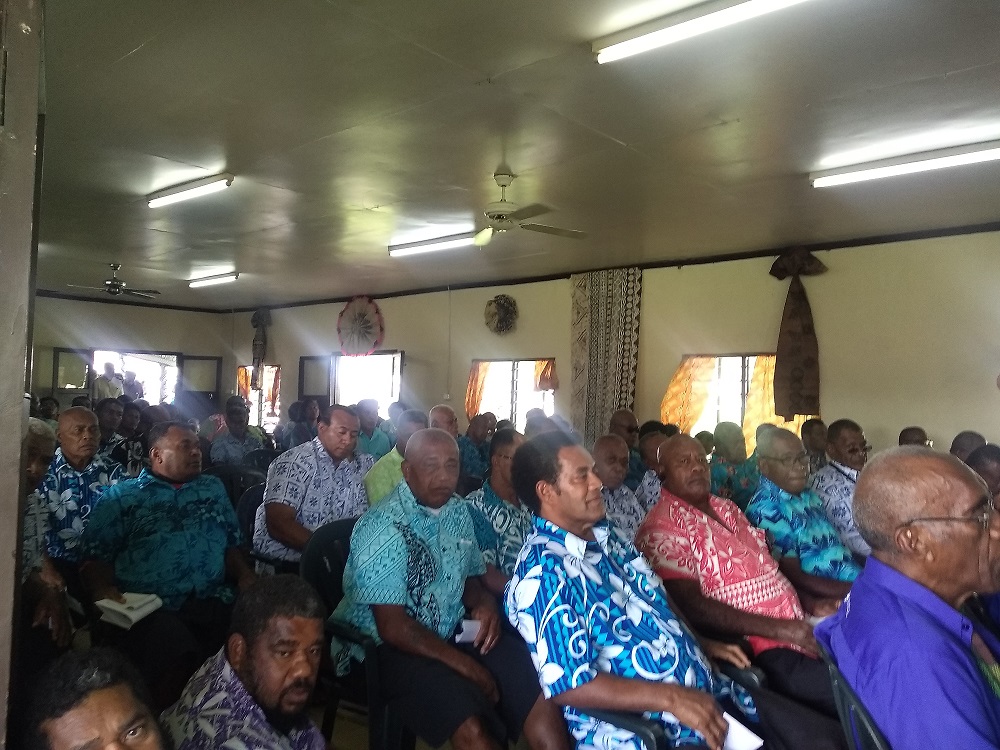 MEDIA personnel was asked to move out from the venue of the SODELPA Party’s Annual General Meeting at Yaroi village in Savusavu where it is presently underway.

After the address of welcome and affirmation to the party by the Turaga na Tui Cakau, Ratu Naiqama Lalabalavu, acting party president Anare Jale asked the media to vacate the premises around the hall where the meeting was held.

During his welcome speech, Ratu Naiqama called for unity and solidarity.

He said the iTaukei had only one party that would continue to carry the hopes of the indigenous people on their shoulders.

Calling on the supporters and members, Ratu Naiqama called on the huge gathering to support the party.

“Look at the parties that our brothers align themselves to, the National Federation Party and the Labour Party, they’ve been around for years and they’re still strong,” Ratu Naiqama said.

“We only have one, and that’s us SODELPA. Now is the time to pull ourselves together, sort out what needs to be sorted and move forward.”

The paramount chief of the Cakaudrove province thanked the party leadership for allowing the meeting to be held in his province.

“There was talk that we only wanted it to be brought here because we had the numbers, etcetera, but we only wanted to serve those of you our fellow kinsmen from the Burebasaga and Kubuna confederacy to come so we can honour your work and support for our party.”

Nominations for the post of party president is also underway.