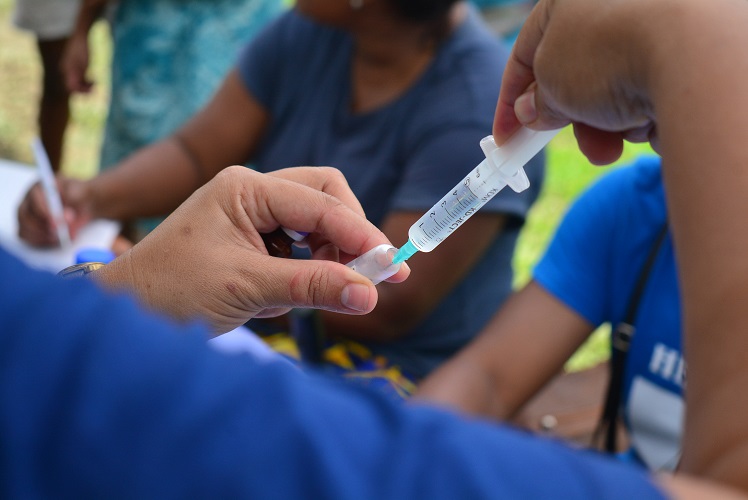 Travellers who are uncertain about their measles vaccination status should receive at least one dose of a measles-containing vaccine at least 15 days prior to travel. Picture: JOVESA NAISUA

MORE than 1000 tourists who disembarked from a cruise liner in Savusavu yesterday were called back on board for measles vaccination as a preventative measure.

Buses loaded with tourists headed for sightseeing in Savusavu had to cut short their trips and those in Savusavu Town were told to return before 10am to their vessel – Maasdam – that arrived from Vava’u in Tonga.

Copra Shed Marina manager Dolly Singh confirmed the incident and requested officials bringing in cruise liners to have better plans in attending to such situations.

“We had to call back all the tourists and they returned to the ship to get vaccinated and half-an-hour later, they were released and returned to mainland,” she said.

“All is well now but better planning should be executed to prevent dramas and unnecessary attention.

“It is good that our communities are also protected and the tourists as well but it could have been better handled instead of how it was done this morning (yesterday).”

Ms Singh said the tourists returned to Savusavu and continued with their tours and visitation until 7pm last night.

Tourists from Sydney, Australia who spoke on the condition of anonymity said when they returned to the ship, they were told that those born before 1956 could return to land.

“For those born after 1956, they had to prove to officials that they have received measles vaccination but if not, they were also treated on board the vessel,” the Sydney tourist said.

Twenty-one confirmed cases of measles have been recorded since the outbreak was declared on November 7.

All are still confined within the Central Division.