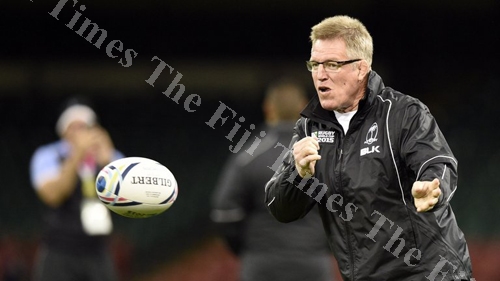 Lomani has signed a contract with the Super Rugby Club Melbourne Rebels while Dolokoto has been snapped up by Scottish Pro14 club Glasgow Warriors.

McKee said a pathway was set for the local players to pursue their rugby career overseas.

“In terms of local players signing contracts overseas, it gives them an opportunity to expose their talents on the international stage,” he said.

“The Fijian players are in demand around the world. We have seen Frank and Mesu getting contracts recently.

“On the back of the National Rugby Championship last year, Albert Tuisue and Alivereti Veitokani got contracts as well.

“There is a pathway and ultimately we want young players help secure their future with professional contracts. They need to work very hard here in Fiji.”